Karen Lorraine Jacqueline Speier.. born May 14, 1950) is an American politician who currently serves as U.S. Representative for California's 14th congressional district, serving in Congress since 2008. She is a member of the Democratic Party. The district, numbered as the 12th District from 2008 to 2013, includes the northern two-thirds of San Mateo County and the southwest quarter of San Francisco. She represents much of the territory that had been represented by her political mentor, Leo Ryan.

She is also a former member of the California State Senate who represented parts of San Francisco and San Mateo counties. On April 8, 2008, she won the special election for the vacated United States House of Representatives seat of late Congressman Tom Lantos.


Speier entered politics by serving as a congressional staffer for Congressman Leo Ryan. Speier was part of his November 1978 fact-finding mission organized to investigate allegations of human-rights abuses by Jim Jones and his Peoples Temple followers, almost all of whom were American citizens who had moved to Jonestown, Guyana, with Jones in 1977 and 1978. Speier was one of two members of the mission who made wills before traveling to Jonestown.

Several Peoples Temple members ambushed the investigative team and others boarding the plane to leave Jonestown on November 18. Five people died, including Congressman Ryan. While trying to shield herself from rifle and shotgun fire behind small airplane wheels with other team members, Speier was shot five times and waited 22 hours before help arrived. That same day, over 900 remaining members of the Peoples Temple died in Jonestown and Georgetown in a mass murder-suicide. 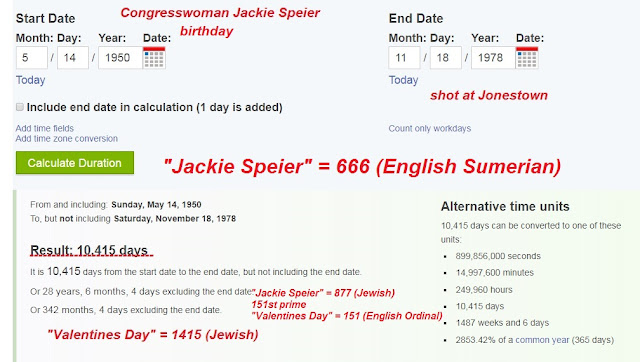 
Congresswoman, who SURVIVED the Jonestown massacre 40 years ago despite being shot FIVE times as she tried to rescue cult members before the notorious mass Flavor Aid poisoning and murders that claimed 913 lives, reveals all in memoir.

California Congresswoman Jackie Speier, traveled as a staffer in 1978 with Dem. Congressman Leo Ryan to investigate Jim Jones' Peoples Temple in Guyana
She and Ryan had heard firsthand accounts from defectors about abuses within the settlement and were accompanied by reporters and concerned relatives
Speier writes in her newly released memoir that she had a bad feeling about because of Jones's reported volatility - but Ryan believed all would be fine
The situation deteriorated after Ryan's delegation were asked by members of the Peoples Temple to help them escape - infuriating Jones, who 'was cracking'
Gunmen stormed the airstrip as defectors and Ryan's group tried to leave, killing the Congressman after shooting him 45 times, Speier writes in Undaunted
She describes waiting nearly a full day to be rescued while at the brink of death - but writes that the atrocity convinced her to dedicate herself to public service
Shortly after the airstrip shooting, Jones ordered his followers to drink poison-laced Flavor Aid - giving rise to the pop culture phrase 'drank the Kool-Aid'

Speier was eventually transported back to the United States with extensive injuries and spent two months recovering in East Coast hospitals before returning to her native San Francisco, when she registered within days to run for the late Ryan's seat