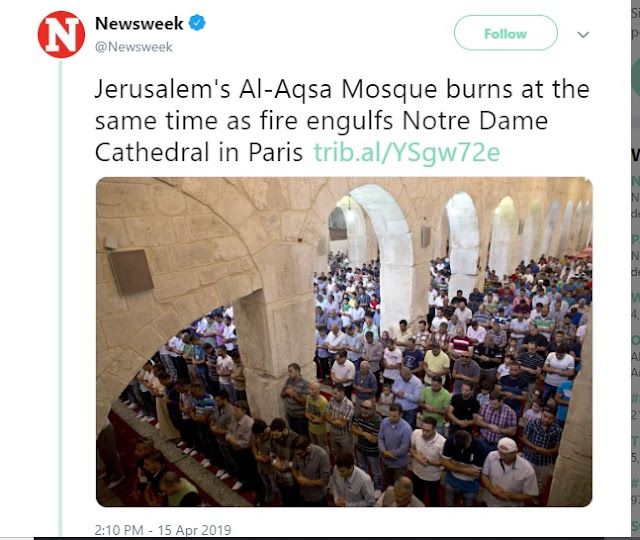 A fire broke out at the revered Al-Aqsa Mosque compound in Jerusalem just as flames ravaged the Notre Dame Cathedral in Paris.

Footage showing smoke and fire emerging from the roof of a structure known as the Marwani Prayer Room, or Solomon's Stables, could be seen on social media. The Palestine News Agency, the official outlet of the Palestinian National Authority, cited a guard as saying Monday that "the fire broke out in the guard's room outside the roof of the Marwani Prayer Room, and the fire brigade of the Islamic Waqf handled the matter successfully."

News of the incident at the Al-Aqsa Mosque, the third holiest site in Islam and central to the ongoing Arab-Israeli conflict, was largely overshadowed by a much larger blaze engulfing the Notre Dame Cathedral at the same time. 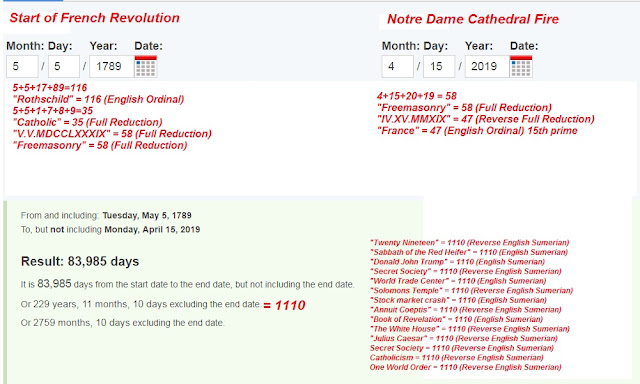