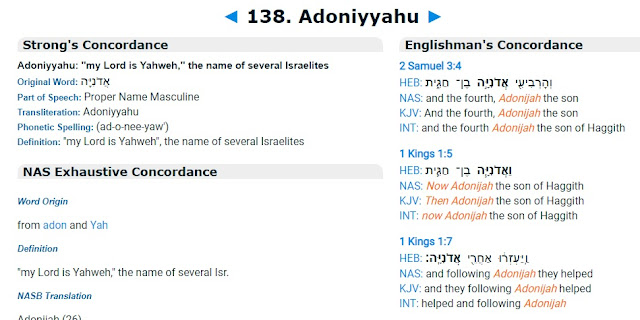 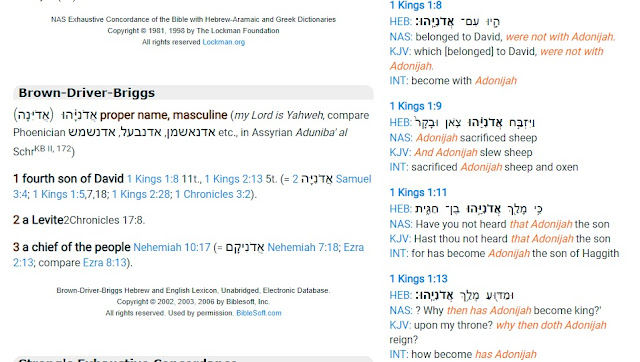 138. Adoniyyahu
Adoniyyahu: "my Lord is Yahweh," the name of several Israelites

Word Origin
from adon and Yah

1 Kings 1:13
HEB: וּמַדּ֖וּעַ מָלַ֥ךְ אֲדֹנִיָֽהוּ׃
NAS: ? Why then has Adonijah become king?'
KJV: upon my throne? why then doth Adonijah reign?
INT: how become has Adonijah

1 Kings 2:28
HEB: נָטָה֙ אַחֲרֵ֣י אֲדֹנִיָּ֔ה וְאַחֲרֵ֥י אַבְשָׁל֖וֹם
NAS: had followed Adonijah, although he had not followed
KJV: after Adonijah, though he turned
INT: had turned after Adonijah after Absalom

"Bathsheba therefore went unto king Solomon, to speak unto him for Adonijah. And the king rose up to meet her, and bowed himself unto her, and sat down on his throne, and caused a seat to be set for the king's mother; and she sat on his right hand." = 787 (Chaldean) 138th prime

Back in March, the Department of Health and Human Services partnered with a company called ApiJect, what does ApiJect they make? They make pre-filled syringes for injecting people with vaccines, and then provide RFID microchip tracking after the shot is administered. You will see in the main graphic for this article an RFID syringe displayed on the screen of a mobile device. Today, May 12, the DoD and the HHS handed ApiJect a check for $138 million, with an order to deliver  hundreds of millions of these devices by October of 2020.

Spearheaded by the DOD’s Joint Acquisition Task Force (JATF), in coordination with the HHS Office of the Assistant Secretary for Preparedness and Response, the contract will support “Jumpstart” to create a U.S.-based, high-speed supply chain for prefilled syringes beginning later this year by using well-established Blow-Fill-Seal (BFS) aseptic plastics manufacturing technology, suitable for combatting COVID-19 when a safe and proven vaccine becomes available.

The contract also enables ApiJect Systems America to accelerate the launch of RAPID USA manufactured in new and permanent U.S.-based BFS facilities with the ultimate production goal of over 500 million prefilled syringes (doses) in 2021.

Welcome to the ‘new normal’, it comes with an RFID microchip-enabled COVID-19 vaccination syringe with your name on it. That’s the new normal. The only question is what will you do when they come to your door, and tell you it’s mandatory? You might want to figure out your response to that scenario sooner rather than later. Now would be a good time.

FROM PRNEWSWIRE: ApiJect Systems America, a public benefit corporation based here, today joined with the U. S. Department of Health and Human Services (HHS) Office of the Assistant Secretary for Preparedness and Response in announcing the launch of a public-private partnership dedicated to creating a U.S.-based high-speed, high-volume, emergency drug packaging solution, establishing  “surge capacity” for mass-manufacturable prefilled syringes.

The new consortium, called RAPID — Rapid Aseptic Packaging of Injectable Drugs — will be created and managed by ApiJect Systems America. Its purpose is to enable the U.S. Strategic National Stockpile (SNS) to fill and finish hundreds of millions of prefilled syringes to respond quickly and effectively to health emergencies such as COVID-19. The RAPID Consortium will build a surge capacity network of up to eight domestic packaging facilities using a well- established, drug-packaging process called Blow-Fill-Seal (BFS). The BFS process, used in sterile manufacturing facilities worldwide, features a high volume, small medical-grade plastic container that holds a prefilled volume of medicines or vaccines. FDA-approved BFS technology is already used to package billions of doses annually for medicines to treat respiratory conditions, rotavirus oral vaccines and more. The RAPID Consortium will combine this well-established BFS technology with an innovative interlocking needle hub. The result is a prefilled syringe that eliminates the inefficiencies and difficulties of packaging medicines in, and drawing medicines from, glass vials using disposable syringes.

In addition, each prefilled syringe has the option to include an NFC chip that incorporates a secure unique ID number. This enables healthcare professionals at the point of care to use an app on their smartphones to verify that the drug being injected is authentic and unexpired. It also enables health authorities to know in real time when and where each dose is injected.

ApiJect Systems America CEO Jay Walker commented: “This partnership launched by HHS means we have joined the vital effort to battle our nation’s most urgent public health emergency in our lifetime.”

Walker continued: “American industry has a long history of rising to the occasion to provide for emergency needs in times of crisis. Our manufacturing sector, virtually overnight, built the tools that enabled us to prevail in World War Two. Our health sector innovated to turn the tide against polio and saved millions of lives from HIV/AIDS. The need today to deliver emergency therapeutics and an eventual vaccine for COVID-19 or other public health threats is no greater a challenge than those we have responded to in the past.  Our partnership with HHS will enable us to ensure that when critical therapeutics and vaccines are available to meet this crisis, the necessary volume of ready-to-use prefilled syringes will be ready to deliver these essential medicines.”

ApiJect Systems America is dedicated to making injectable medicines safe and available for everyone. By using high-speed, high-volume Blow-Fill-Seal plastics technology, we can supply hundreds of millions of ultra-low-cost prefilled syringes in 30 days – with optional RFID tags to enable GPS-based mobile tracking. This will enable governments to better defend their citizens against pandemics, while also improving global access to essential medicines. ApiJect Systems America is contracted with the U.S. government to create and manage the Consortium for Rapid Aseptic Packaging of Injectable Drugs (the RAPID Consortium), a public-private partnership. When fully funded and built out, RAPID will give the U.S. Department of Health and Human Services Office of the Assistant Secretary for Preparedness and Response (ASPR), and the U.S. Strategic National Stockpile, the capability to fill and finish up to 330 million prefilled syringes per month to respond quickly and efficiently to national or smaller-scale health emergencies. The BFS prefilled syringe was conceived and developed by ApiJect’s Head of R&D, noted UK public health leader Marc Koska, OBE. Mr. Koska previously innovated the K1 Auto-Disable Syringe, which is estimated to have saved 12 million lives to date by supporting safe injections. Learn more about ApiJect Systems America at www.apiject.com. READ MORE

Section 241 of Title 18 is the civil rights conspiracy statute. Section 241 makes it unlawful for two or more persons to agree together to injure, threaten, or intimidate a person in any state, territory or district in the free exercise or enjoyment of any right or privilege secured to him/her by the Constitution or the laws of the Unites States, (or because of his/her having exercised the same). Unlike most conspiracy statutes, Section 241 does not require that one of the conspirators commit an overt act prior to the conspiracy becoming a crime.
The offense is punishable by a range of imprisonment up to a life term or the death penalty, depending upon the circumstances of the crime, and the resulting injury, if any.
TITLE 18, U.S.C., SECTION 241 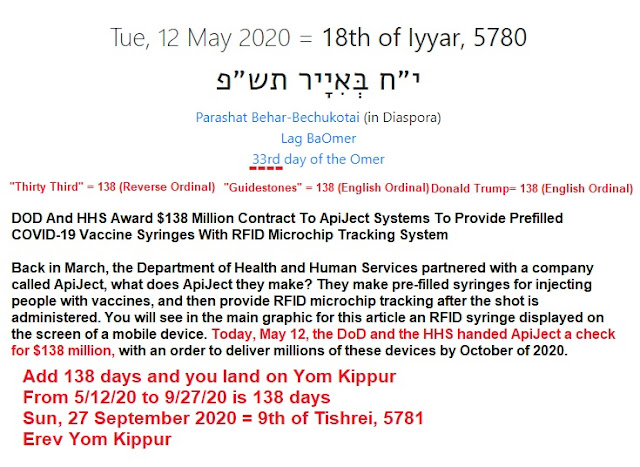 I predicted something big was going to happen on 5/12 I didn't see anything until last night. This is it. 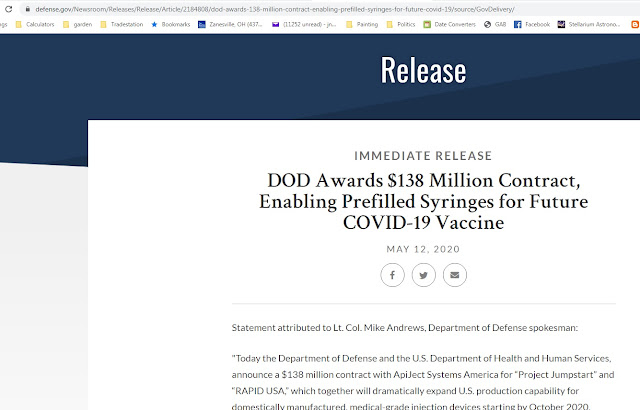 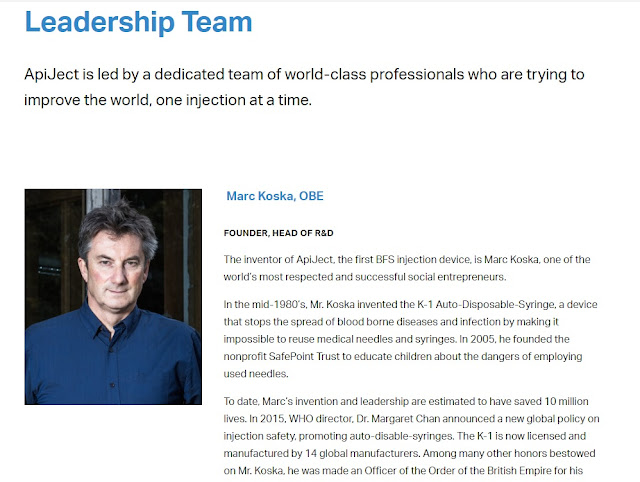 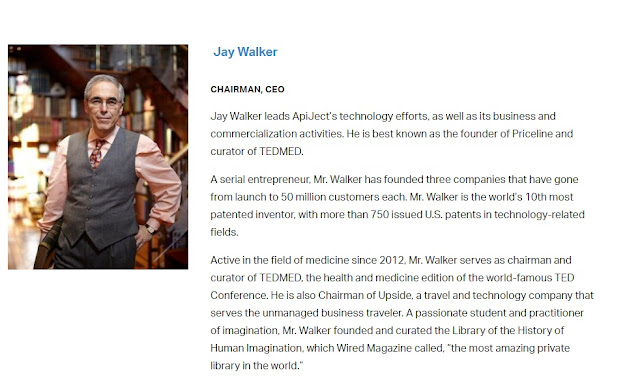