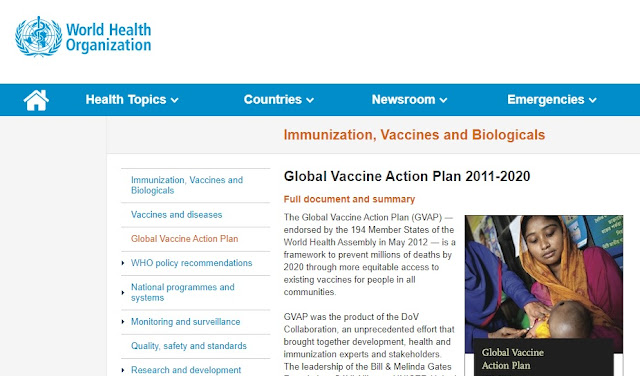 Chef de Cabinet
Dr Bernhard Schwartländer, Chef de Cabinet
Dr Bernhard Schwartländer of Germany has been appointed Chef de Cabinet. Since 2013, Dr Schwartländer has served as WHO’s representative in China. Before joining WHO in China, he served as Director for Evidence, Policy and Innovation at UNAIDS headquarters in Geneva and as the United Nations Country Coordinator on AIDS in Beijing. He has also held a number of senior international positions including the Director for Performance Evaluation and Policy at the Global Fund to Fight AIDS, TB and Malaria, Director of the WHO’s HIV Department, and Director of Evaluation and Strategic Information at UNAIDS.
Prior to joining the United Nations, Dr Schwartländer was the Director of the national AIDS programme in Germany and the Director of the Division of Infectious Disease Epidemiology at the Robert Koch Institute in Berlin, the central biomedical and infectious disease research and reference laboratory of the Federal Ministry of Health, Germany. Dr Schwartländer has published widely in scientific journals and books and taught applied epidemiology in Berlin. He is a medical doctor and holds a doctorate in medical epidemiology. He received his education and professional training in Germany and the United States of America at the Centers for Disease Control and Prevention.


Ms Jane Ellison, Executive Director for External Relations and Governance
Jane Ellison was most recently WHO's Deputy Director-General for Corporate Operations. From the United Kingdom of Great Britain and Northern Ireland, she has more than 30 years of experience in politics, commerce and change management in both the public and private sectors. She was previously Special Parliamentary Adviser to the United Kingdom’s Chancellor of the Exchequer. In addition, as a Member of Parliament of the United Kingdom from 2010 to 2017, she served as the country’s Public Health Minister from 2013 to 2016 and as Minister of State at Her Majesty’s Treasury from 2016 to 2017.
As Public Health Minister, she was involved in the UK’s response to the 2014–2015 Ebola outbreak and represented the Government of the United Kingdom in World Health Assemblies. During her time in Parliament she played a pivotal role in advancing health issues including founding the first All-Party Parliamentary Group on Female Genital Mutilation in 2011 and taking forward the UK’s plain packaging of tobacco legislation. Prior to becoming a Member of Parliament she worked in the private sector for the John Lewis Partnership. Ms Ellison has a degree in Politics, Philosophy and Economics from Oxford University.

Dr Ryan first joined WHO in 1996, with the newly established unit to respond to emerging and epidemic disease threats. He has worked in conflict affected countries and led many responses to high impact epidemics. He is a founding member of the Global Outbreak Alert and Response Network (GOARN), which has aided the response to hundreds of disease outbreaks around the world. He served as Coordinator of Epidemic Response (2000-2003), Operational Coordinator of WHO’s response to the SARS outbreak (2003), and as WHO’s Director of Global Alert and Response (2005-2011),
He was a Senior Advisor on Polio Eradication for the Global Polio Eradication Initiative from 2013 to 2017, deploying to countries in the Middle East.
He completed medical training at the National University of Ireland, Galway, a Master’s in Public Health at University College Dublin, and specialist training in communicable disease control at the Health Protection Agency in London and the European Programme for Intervention Epidemiology Training.

Dr. Tedros Adhanom Ghebreysus, director-general of the World Health Organization, visited NIH on Apr. 20, when he met NIH leadership at Stone House. Known widely as Tedros, he participated in a group discussion (above) with NIH senior leadership and the institute and center directors. Later, in the Stone House library, he signed a memorandum of understanding between NIAID and WHO to enhance future collaborations on research activities conducted in response to emerging infectious disease outbreaks and public health emergencies. The MOU includes the intent to establish an NIAID-WHO Collaborating Center for Emerging Infectious Disease Response Research and Preparedness.


Exactly 2 months shy of the second anniversary of its founding on July 6, 2016, the All of Us Research Program (formerly known as the Precision Medicine Initiative Cohort Program) opened enrollment nationwide on May 6. The event was marked by community events in seven cities across the country.

The program intends to partner with 1 million or more people across the United States who will share information over time to help build the world’s largest and most diverse data resources for health research. Initially, enrollees will have to be 18 or older, but the program hopes to begin accepting children in summer 2019.