Christians and Jews Now Compare #Trump to Persian King #Cyrus – Will He Build the Third #Temple? 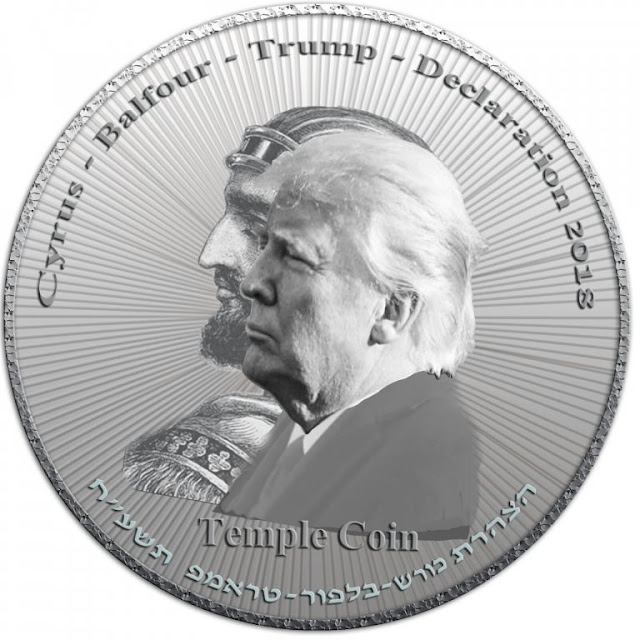 Like Cyrus 2,500 years ago, Trump is seen as an instrument of God. And the plan: to build the Third Temple on the Temple Mount – where the Al-Aqsa Mosque currently stands

For the sake of My servant Yaakov, Yisrael My chosen one
Isaiah 45:4

45:4   For the sake of My servant Yaakov, Yisrael My chosen one

The speed with which Cyrus rose to world dominion was nothing short of miraculous. At the beginning of the chapter, Yeshayahu predicts that on the night Cyrus will march his army into Babylonia, the gates of the city will be left open. In Cyrus’s own chronicle of his conquest, he describes in amazement how the gates of the cities opened before his armies. According to the prophet, this will be a sign to the new king Cyrus that he was chosen for a larger, divine purpose – restoring the people of Israel to their natural home. Indeed, one of the first things Cyrus does as king is grant permission to the Jews to return to Israel and to rebuild the Beit Hamikdash (see Ezra 1), as predicted above (44:26-28).

Hashem, You will favor Your land, restore Yaakov’s fortune
Psalms 85:2

After a period of exile, the children of Israel return home. Contemporary commentator Amos Hakham sees this as a reference to the return of the Jews to the Land of Israel after seventy years of Babylonian exile. In 538 BCE, Cyrus the Great, king of the Persian empire, defeats the Babylonian empire and issues a declaration that the Jews may return to their homeland and rebuild the Beit Hamikdash (Ezra chapter 1). This is considered the beginning of the second Temple period. The psalmist acknowledges Hashem’s desire for His nation to return to the Promised Land. Upon their return, the land will again bring forth its bountiful produce and flourish (verse 13).