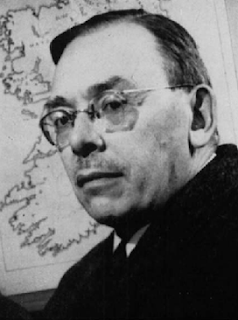 In 1943, Hooton had an article entitled "Breed War Strain Out of Germans" published in the New York newspaper PM. In the article he proposed four measures with an objective to "destroy German nationalism and aggressive ideology while retaining and perpetuating desirable German biological and sociological capacities".

Hooton wrote these measures as follows:

Execute or imprison for life all leaders of the Nazi party; permanently exile all professional army officers.

For a period of 20 years or more utilize the bulk of the present German army as rehabilitation labor units in devastated areas of the Allied Nations in Europe and elsewhere. These laborers should not be treated as prisoners of war or convicts but as paid employees (supervised and restricted as to movement from the area of their work). They might be allowed the privilege of naturalization upon evidence of good behavior. The single men should be permitted to marry only women of the country of their abode or naturalization.

The families of the men already married should remain in Germany for a period of years, but might eventually be permitted to join the fathers. The latter should not be allowed to return to Germany. The objects of this measure include reduction of the birth rate of "pure" Germans, neutralization of German aggressiveness by outbreeding, and denationalization of indoctrinated individuals.

Break up the German Reich into several states (probably its original component states), permitting each, after a suitable interval of supervision and government by the Allied Nations, to choose its own form of non-Fascist government. The object of this measure is to destroy the national framework of unified German aggression.

During the period of supervision and occupation of the several states by armies and civilian staffs of the Allied Nations, encourage members of these groups to intermarry with the German women and to settle there permanently. During this period encourage also the immigration and settlement in the German states of non-German nationals, especially males.


Earnest Albert Hooton (November 20, 1887 – May 3, 1954) was an American physical anthropologist known for his work on racial classification and his popular writings such as the book Up From The Ape. Hooton sat on the Committee on the Negro, a group that "focused on the anatomy of blacks and reflected the racism of the time."