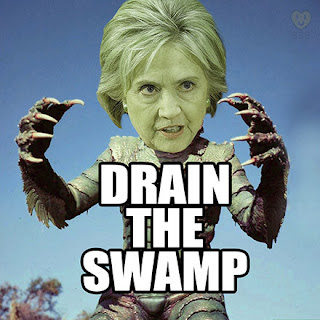 Clinton signed a lease in 2014 for personal office space on the 27th floor of Tower 45 in Midtown Manhattan, according to news reports at the time. But ZFS is the actual leaseholder, according to CompStak Inc., a provider of real estate data.

The Clinton Campaign Isn’t Alone In Tower 45
Also in May 2017, Clinton announced that she had launched Onward Together, an organization established to lend support to progressive groups in “organizing around our shared progressive values, mobilizing voters, or running candidates for office,” its website said.

Both sides of Onward Together are conducting business on the 27th floor of Tower 45 in Midtown Manhattan according to FEC and state filings, right alongside Clinton’s presidential campaign, which was still active as of March 2018.

The Clinton campaign has paid $149,457 to ZFS Holdings LLC, since May 2017 for the purpose of “rent,” FEC filings show, but the campaign has left it unclear if it’s paying at, above or below fair market value for the office space it’s renting.

Also, the rent payments to ZFS were sent to the same address as Rorrie Gregorio, Clinton’s personal financial manager.