The List: Meet the #NeverTrump Republicans Trying to Force a #DACA Amnesty for Illegal Aliens 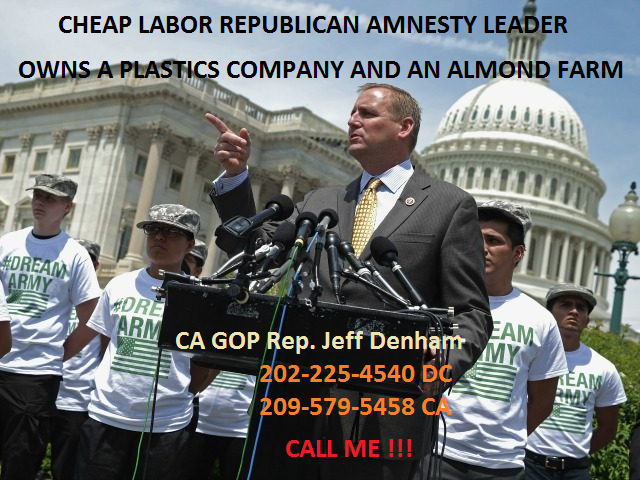 Republican lawmakers from the failed “Never Trump” movement are spearheading the effort to force a vote in the House to give amnesty to millions of illegal aliens.

Thus far, a group of more than 15 Republicans has signed onto what is known as a “discharge petition” to force a vote to bring an expansive amnesty plan for illegal aliens enrolled and eligible on the President Obama-created Deferred Action for Childhood Arrivals (DACA) program to the House floor.

Rep. Carlos Curbelo (R-FL) is the leader of the discharge petition. Curbelo, in Oct. 2016, announced that he would not be supporting Trump during the presidential election. “I’m not supporting any of the two major candidates,” Curbelo told McClatchy at the time. “I’m as disappointed with this election as most Americans are.”

Curbelo opposed Trump so much during the election that he refused to attend the Republican National Convention.

Rep. Mia Love (R-UT), who supported Sen. Marco Rubio (R-FL) during the 2016 presidential election, has also signed onto the discharge petition. Love told the Salt Lake Tribune in October 2016 that she would not be voting for Trump for president. “His behavior and bravado have reached a new low,” Love said at the time. “I cannot vote for him.”

Rep. Mike Coffman (R-CO), who has signed the discharge petition, opposed Trump so much in the 2016 election that he ran ad campaigns against him. “I’m a Marine – for me, country comes first. My duty is always to you. So if Donald Trump is the president, I’ll stand up to him. Plain and simple,” Coffman said in his 2016 ad.

Rep. Will Hurd (R-TX), also a signer of the discharge petition, announced during the 2016 election that he could not “in good conscience support or vote for” Trump. Hurd took his opposition a step further and asked him to drop out of the presidential race in order for another Republican to step in.

Rep. Fred Upton (R-MI), an influential Congressman, signed the discharge petition as well. Upton refused to endorse Trump during the 2016 presidential election, saying he was “gonna stay in my lane”:

“There is a lot of things that folks are not happy about with either of these two candidates,” Upton said at the time. “We’re running our own race. Don’t look for me to endorse anyone in this race probably the rest of the year.”

A fellow signer of the discharge petition is Rep. Charlie Dent (R-PA), who slammed Trump during the 2016 presidential election and said his various comments on the campaign trail were “too much.” Dent is retiring from Congress and even partially blamed Trump for his departure.

“Mr. Trump’s incendiary comments fly in the face of our constitutional right to religious freedom,” Dent said in 2015 of Trump’s travel ban. “Someone who is running for president should be working to find ways to unite Americans.”

Another discharge petition signer, Rep. Ryan Costello (R-PA), did support Trump against Hillary Clinton in the 2016 presidential election but backed off that support in the months leading up to the election.

Costello came out against Trump’s travel ban in 2015 and dropped out as a delegate for the Republican National Convention (RNC) in 2016.

Rep. David Valadao (R-CA), also a signer of the discharge petition, dropped his endorsement of Trump in 2016, saying, “I am disappointed with the divisive rhetoric coming from this Presidential Election and cannot support either candidate.”

The other signers of the discharge petition include:

Months of polling has revealed that a no-strings amnesty for illegal aliens is unpopular with GOP voters. GOP voters and swing voters have consistently told pollsters by huge majorities that they want to see legal immigration levels decreased to raise wages for America’s working and middle class.