#KoreanWarSoldiersRemains arrive in the USA on 8/1/2018

Crew and officials from the United Nations Command and U.S. Defense POW/MIA Accounting Agency (DPAA) secure UNC flags over transit cases of remains thought to be of U.S. soldiers killed in the 1950-53 Korean War, before returning them to the United States for further processing and identification, in Wonsan, North Korea, July 27, 2018. Picture taken on July 27, 2018. Courtesy U.S. Forces Korea/Handout via REUTERS 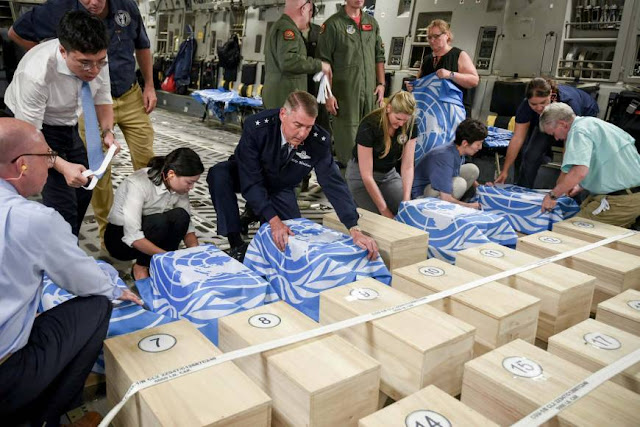 Do they skip the unlucky number 13 in caskets like they do in skyscraper floors?

Here's the link the picture is bigger ....
https://www.japantimes.co.jp/news/2018/08/01/asia-pacific/north-korea-provided-just-one-dog-tag-55-sets-u-s-war-remains/#.W2HjedVKiUk