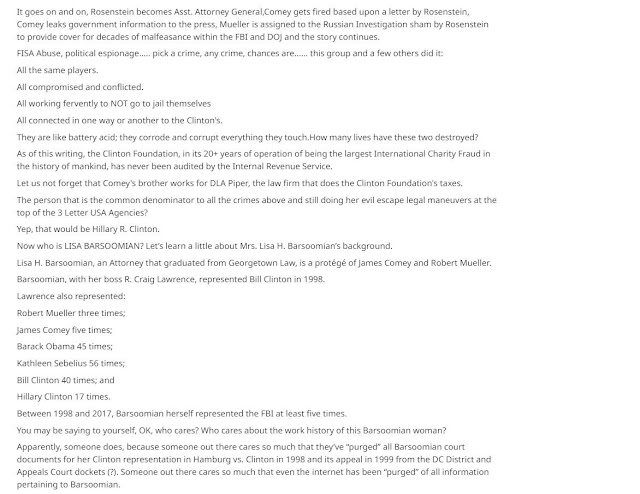 Lisa Barsoomian was born on January 15, 1968. The daughter of Armenian immigrants, graduated from Georgetown Law.

Rumors say the web has been cleansed of information about Barsoomian –reason why she has been described as a Protégé of James B. Comey and Robert S. Mueller.

Lisa Barsoomian is a former prosecutor who later worked as a lawyer for the National Institutes of Health. She is known for having represented former president, Bill Clinton in 1998. She’s also represented Barack Obama and Kathleen Sebellius.

She has specialized in opposing Freedom of Information Act requests on behalf of the intelligence community. Most outlets say she currently works for R. Craig Lawrence.