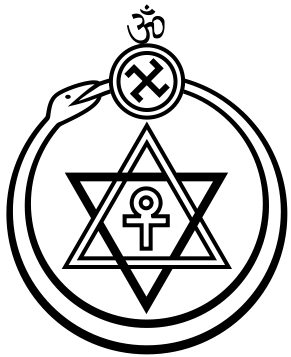 The Lucis Trust is a nonprofit service organization incorporated in the United States in 1922 by Alice Bailey and her husband Foster Bailey, to act as a fiduciary trust for the publishing of twenty-four books of esoteric philosophy published under Alice Bailey's name, and to fund and administer activities concerned with the establishment of "right human relations". These include the Arcane School, a school for esoteric training, World Goodwill, Triangles, a lending library, The Beacon magazine, as well as the publishing company.

The objectives of the Lucis Trust as stated in its charter are: "To encourage the study of comparative religion, philosophy, science and art; to encourage every line of thought tending to the broadening of human sympathies and interests, and the expansion of ethical religious and educational literature; to assist or to engage in activities for the relief of suffering and for human betterment; and, in general, to further worthy efforts for humanitarian and educational ends."

The Lucis Trust runs a blog, "World Goodwill at the UN", which focuses on defining new Sustainable Development Goals for humanity.

Lucis is a form of the Latin word, lux, and means ‘Light’

The Lucis Trust is dedicated to the establishment of a new and better way of life for everyone in the world based on the fulfillment of the divine plan for humanity. Its educational activities promote recognition and practice of the spiritual principles and values upon which a stable and interdependent world society may be based. The esoteric philosophy of its founder, Alice Bailey, informs its activities which are offered freely throughout the world in eight languages.

The Esoteric Meaning of Lucifer
https://www.lucistrust.org/arcane_school/talks_and_articles/the_esoteric_meaning_lucifer

Goodwill is one of the most basic spiritual qualities of the human being and the great untapped resource at the heart of every human community. This energy is potentially a powerful force for social change – yet its power remains largely unrecognized and underutilized. World Goodwill fosters understanding of this energy and the role it is playing in the development of a new humanity
https://www.lucistrust.org/world_goodwill

They should change their name to "Perverts Trust"

Alice Ann Bailey (June 16, 1880 – December 15, 1949) was a writer of more than twenty-four books on theosophical subjects, and was one of the first writers to use the term New Age. Bailey was born as Alice La Trobe-Bateman, in Manchester, England.[1] She moved to the United States in 1907, where she spent most of her life as a writer and teacher.

Bailey's works, written between 1919 and 1949, describe a wide-ranging system of esoteric thought covering such topics as how spirituality relates to the Solar System, meditation, healing, spiritual psychology, the destiny of nations, and prescriptions for society in general. She described the majority of her work as having been telepathically dictated to her by a Master of Wisdom, initially referred to only as "the Tibetan" or by the initials "D.K.", later identified as Djwal Khul. Her writings bore some similarity to those of Madame Blavatsky and are among the teachings often referred to as the "Ageless Wisdom". Though Bailey's writings differ in some respects to the Theosophy of Madame Blavatsky, they have much in common with it. She wrote on religious themes, including Christianity, though her writings are fundamentally different from many aspects of Christianity or other orthodox religions. Her vision of a unified society included a global "spirit of religion" different from traditional religious forms and including the concept of the Age of Aquarius.

Bailey was born to a wealthy middle class British family and, as a member of the Anglican Church, received a thorough Christian education.[5]

Her autobiography states that at the age 15, on June 30, 1895, Bailey was visited by a stranger, "... a tall man, dressed in European clothes and wearing a turban" who told her she needed to develop self-control to prepare for certain work he planned for her to do. This turned out to be the creation and publication of 19 books together with educational and meditation work that reached into "practically all the countries of the world". (p. 63-64)

At the age of 22, Bailey did evangelical work in connection with the YMCA and the British Army. This took her to India where, in 1907, she met her future husband Walter Evans. Together they moved to America where Evans became an Episcopalian priest. The marriage did not last and Bailey pushed for and received a divorce. She left with their three children after formal separation in 1915.