A Cohen is a Jewish priest who sacrifices animals in the temple daily and on holidays.

The same day he started his gofundme page... 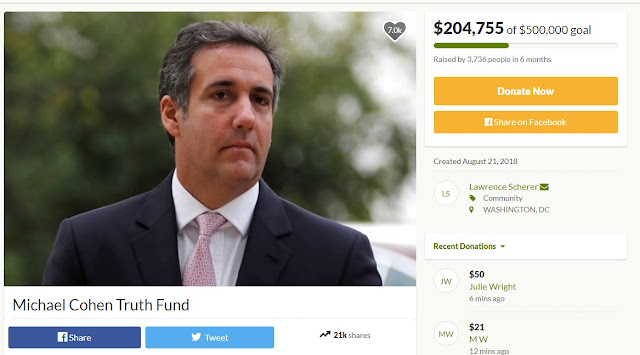 8/21/2018 was an Islamic holiday Eid al-Adha it started at sundown on 8/21 and  8/22. It's an blood sacrifice ritual holiday. Fifty thousand Muslims gathered in US bank stadium to celebrate the "Feast of the Sacrifice"


The Cohen sacrifices Trump the "red heifer" on the 58th day of the year...Trump is the 58th person to run for President, he announces his candidacy at Trump Tower which is 58 floors high.

""Donald J. Trump and Michael R. Pence were sworn in as the President and Vice President of the United States at the 58th Presidential Inauguration.""

From last years "festival of the sacrifice" to today is 190 days....

The song Trump's been playing at the beginning of every rally he's had for 3 years is "You can't always get what you want" by the Rolling Stones.

Put the chorus of that song in the calculator exactly as google has it....

Yesterday the first day of the market second selloff was 33 days before the Sabbath of the Red Heifer on 3/29 & 3/30 counting the end day.

Trump tower 35th opening day anniversary and Parkland school shooting to red heifer birth
From and including: Monday, February 14, 2018
To, but not including Tuesday, August 28, 2018
6 months, 14 days excluding the end date.
6/14 Trump's birthday....