33 days before the "Sabbath of the red heifer" 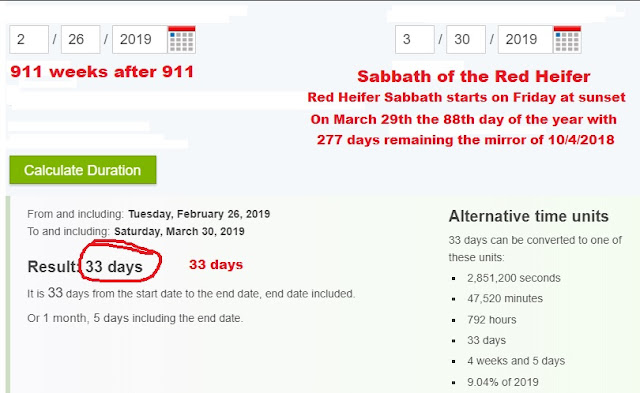 Having traded near the multi-month low of 2.63% for much of the overnight session, and within the descending triangle observed over the past 6 weeks where a breakout either higher or lower appears imminent... 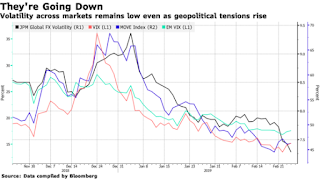 the 10Y Treasury has suddenly seen a sharp selloff, with yields spiking by over 4bps to over 2.6734%, in a move that has dragged the entire curve higher in parallel. 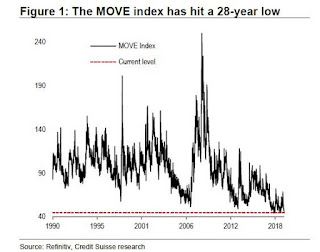 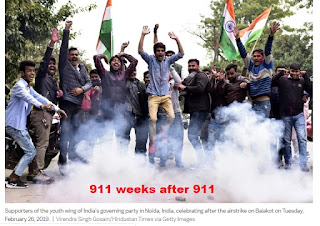 After two days of surprising weakness in US cash stocks in the last hour of trading, and following an overnight session in which S&P futures were offline for two hours following a "glitch" at the CME Globex exchange, world markets are a sea of red as stocks fell in Europe alongside US equity futures pressured by disappointing corporate earnings and a dramatic escalation in India-Pakistan hostilities after Pakistan reportedly shot down two Indian fighter jets even as traders brace for a barrage of news including the latest Trump-Kim summit, the Congressional testimony by Trump's former lawyer Michael Cohen, and the second day of Powell's testimony on the hill this time before Maxine Waters and AOC. Treasuries yields dropped, as did the dollar.


As Bloomberg notes, investors have added the India-Pakistan conflict to a host of other uncertainties from China trade talks to Brexit, that could rein in a recovery in global equities from December lows. U.S. President Donald Trump is in Hanoi for a second summit with North Korean leader Kim Jong Un, with the outcome uncertain. Powell’s testimony on Tuesday helped steady the ship, though, as he gave no indication that the Fed is ready to alter policy any time soon.

Amid a flurry of geopolitical escalations, including a surprise breakout in hostilities between nuclear neighbors India and Pakistan, coupled with a barrage of potential "fat tail" developments including today's flurry of testimonies by Trump's former lawyer Michael Cohen, the second day of Fed Chair Powell's Humphrey Hawkins testimony in front of Maxine Waters and AOC, and Robert Lighthizer's China trade talks testimony, not to mention economic data that is going from bad to worse by the day, an eerie calm has once again fallen across markets, with volatility across currencies and equities continuing its downward trend.

Last time the market was set off into sell mode was following a strange and unexpected rise in the 10 year treasury bond when the yield hit 3.23....

"The benchmark 10-year Treasury yield rose early Wednesday to 3.223% after falling slightly during the previous session but not after the yield hit a fresh seven-year high"
https://www.thestreet.com/markets/5-things-you-must-know-before-the-market-opens-wednesday-14737851

It also happened on 10/3 the day of the presidential alert but I can't find it right now....


The US 10-year Treasury yield surged as high as 3.23% on Thursday to its highest level since mid-2011, and other bond markets around the world joined the action.

Ongoing steepening aside, McElligott brings attention to a new theme he first brought attention to yesterday, when discussing the "Ides of March", McElligott noted that there is a US equities "sequencing scenario" in-play as we head into March, where there is the convergence of a number of idiosyncratic seasonal- and supply / demand- factors which could provide the opportunity for the long-awaited US Equities reversal.

As McElligott further explains, "although it might seems like an impossibility right now with this “foaming at the mouth” market," he has recently been repeatedly asked “what could cause this Equities rally to see a reversal?"

His answer is that there is a scenario developing, timed-around

seasonality of the March Quarterly Options “Quad Witch” Expiry (which historically sees Equities “trade up” into then sell-off thereafter) which is ESPECIALLY notable in light of...
current “extremes” in $Delta (SPX / SPY / QQQ) and $Gamma (QQQ) which could also align with...
the commencement of the next Corporate Buyback “blackout” into earnings season, together with
another “mechanical” function of Systematic Trend / CTA’s over-weighted allocation to the 1Y period model and the “pull higher” of SELL trigger levels—all of which could conspire to create a “gap lower” risk for markets on a “pure” tactical reversal in short-term “supply / demand” dynamics.