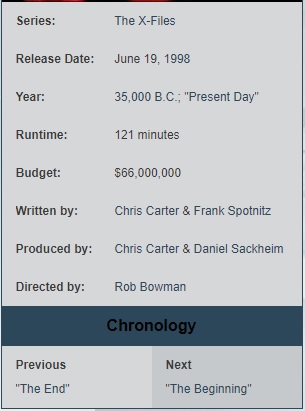 Mulder finds Kurtzweil's apartment building surrounded by police cars and climbs up to discover the man has been falsely accused of selling child pornography as a way to have him arrested and silenced. Kurtzweil is hiding in the back alley behind the building and calls out to Mulder, telling him about a secret government and their plan to experiment with the virus found in Texas. The doctor encourages Mulder to go back to Dallas and investigate.