A group of immigrants reportedly streamed themselves gang-raping a woman on Facebook Live. 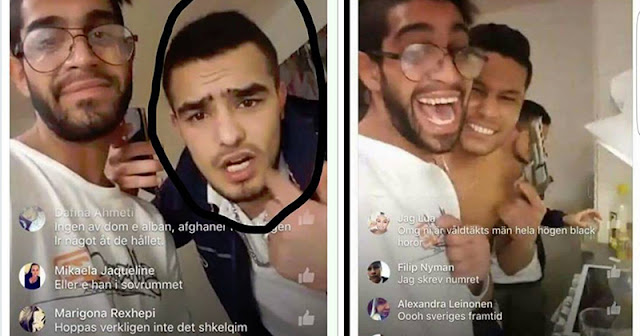 Video shared on YouTube shows the last 7 minutes of the stream where police come in and place people under arrest.

OF COURSE the Swedish press run by leftist traitors won't show their faces but we will be happy to do that for you in the USA!

One image shared on social media shows a man holding up an image said to show the girl being raped. I’ve censored the image as it was graphic. 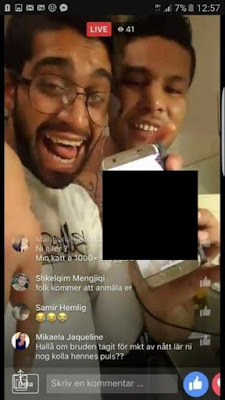 Since opening their borders in the 1960’s to mass third world immigration, Sweden went from a quiet and peaceful country to the rape capital of the West. 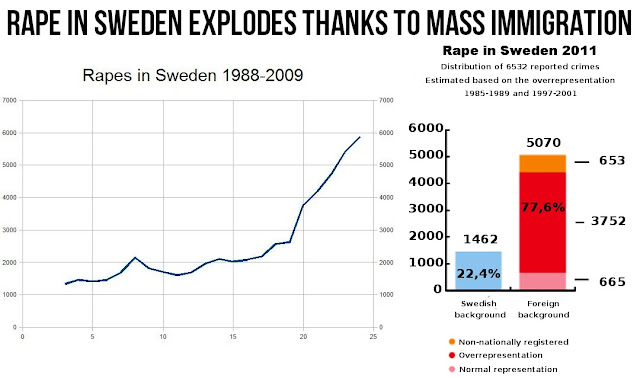 And the feminists in the Swedish press are always BLAMING THE SWEDISH MEN for the rapes that their fucking immigrants are committing!

But they can't hide forever even politically correct liberals are getting raped to death!

Elin Krantz was a 27-year-old Swedish model that promoted diversity and multiculturalism. She was young, she was beautiful and now she is dead at the hands of an African "refugee" immigrant. 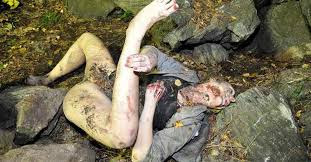 Krantz was a member of "We Like Diversity" on Facebook and had referred to herself as "multicultural." Born a Swede, Krantz was all for unvetted immigration and it didn't even matter if the people assimilated into her society or not.

We're got over a year to work on this.

The next Swedish general election will be held in Sweden on or before 9 September 2018 to elect the members of the national law-making assembly, the Riksdag

The Social Democratic Party (S; Socialdemokraterna) is the largest political party in the Swedish Riksdag, with 113 of the 349 seats. It is the major component of the incumbent Löfven Cabinet, working with the Green Party. Its current party leader Stefan Löfven has been Prime Minister of Sweden since 3 October 2014, and has said he will seek a mandate to continue his Löfven Cabinet. He said that he intended to call for an extra general election after his cabinet's budget was voted down by the opposition, the first extra general election since 1958. However the extra general election was 'cancelled' on 27 December 2014, two days before Löfven was to call it, following a budgetary procedure agreement with the Alliance.

The Moderate Party (M; Moderaterna) is the second-largest party in the Riksdag with 84 seats. It was the largest governing party under Prime Minister Fredrik Reinfeldt from 2006 to 2014. Reinfeldt resigned as party leader after eight years as Prime Minister. He was succeeded as party leader on 10 January 2015 by Anna Kinberg Batra. The party is involved in the Alliance, alongside three other parties, which will seek to return to power together. Her decision as de facto leader to enter the budgetary procedure agreement with the left-of-centre cabinet saw sharp disgruntlement from some party districts. The Alliance has more MPs than the government parties, but still finds itself in opposition.

The Sweden Democrats (SD; Sverigedemokraterna) is the third-largest party in the Riksdag with 49 seats. In the 2014 general election the party increased its share of seats by 29, becoming the third-largest party. The party leader is Jimmie Åkesson, who is the longest-serving party leader. The other Riksdag parties have repeatedly stated that they will not cooperate with the Sweden Democrats in a future government. The extra general election was called after the Sweden Democrats gave their support to the oppositional Alliance budget. After the cancelled extra election, the party advertised itself as the 'only opposition party' and in the following months it saw a sharp rise in the opinion polls

Those are the 3 major parties. We need to get another 50 seats for the Swedish Democrats to start making a difference!

So AFTER the Dutch, France and German elections we go all out for Sweden! God speed!