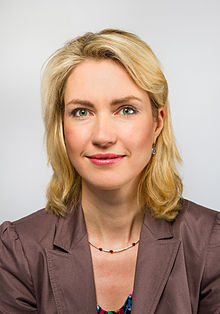 
Has anybody noticed that 90% of the politicians who are trying to get little white girls raped by non white foreigners in the own homelands are white females? 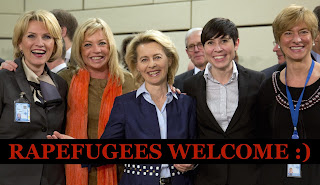 I guess we now know why Jews worked so hard to install feminism in Western countries! 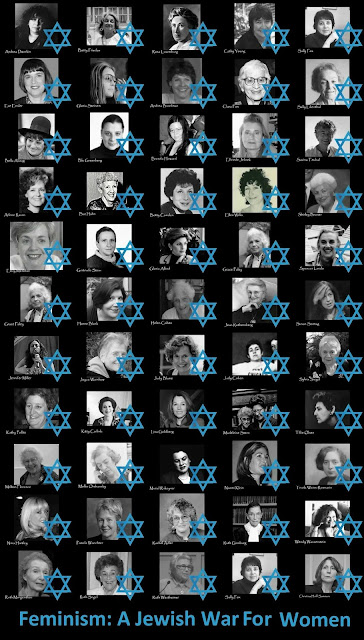 Germany’s Minister of Family Affairs is asking for the sum of €100 million from the German government to tackle right wing extremism in the wake of the incidents in Clausnitz, Saxony that have made headlines across Germany. The request would double the current annual budget for dealing with so called “right wing” incidents and those who espouse anti-migrant beliefs. 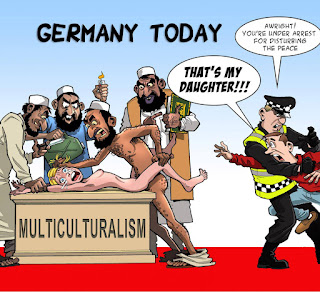 Federal Minister of Family Affairs, Manuela Schwesig (pictured), a member of the centre-left Social Democratic Party of Germany (SPD), wants to increase the funding for a specific program called “Living Democracy – Active against right violence and enmity”. It is described on its website as a program to encourage diversity and democratic coexistence. The program, scheduled to last from 2015 to 2019, works with regional and local governments and schools to educate children and adults about right wing ideas and how to stop them. 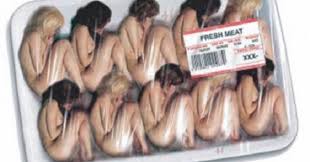 Much of the funding goes directly to governments but national scale non-governmental organisations (NGOs) will each be given €200,000 to develop what they call a “nationwide infrastructure” of education.

The about section of the program website lays out it’s purpose saying: “Attacks on democracy, freedom and rule of law and ideologies of inequality are permanent challenges for society.” It targets “right-wing extremism, racism and antisemitism, the challenges posed by Islamophobia, anti-Gypsyism, ultra-nationalism, homophobia” and says “to counter them forcefully, it will take a concerted effort by government and civil society.” 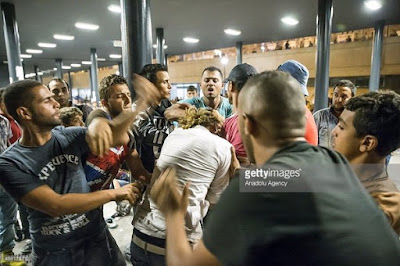 Manuela Schwesig (born 23 May 1974 in Frankfurt (Oder), East Germany) is a German politician (SPD). She is currently the Federal Minister of Family Affairs, Senior Citizens, Women and Youth. 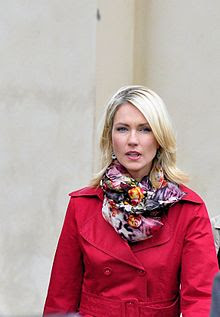 And of course she comes from Jew controlled Frankfurt!

"Some of the texts range from rather ordinary, like how to tell if right-wing people are leasing space in your restaurant to “Living and Working in the Migration society” which is designed to make Germans recognise that their country will be house migrants for the foreseeable future and that they must learn to adapt to it. 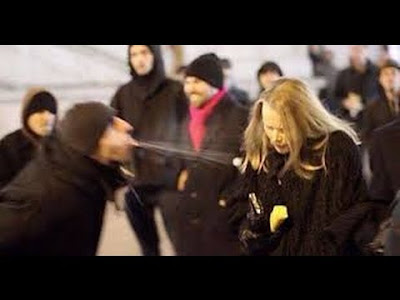 While the SPD is asking for more funds to fight against anti-migrant sentiment, the Green Party has taken it a step further. Leader Anton Hofreiter wants to see more legal cases being brought about against anyone deemed to be “xenophobic” agitators. “We can’t have no-go areas in Germany, and no one should be made to feel inhuman by threats or attacks,” he told German paper Neue Osnabrueker Zeitung. He also said that without action against right wing supporters the government will have failed to uphold its responsibility." 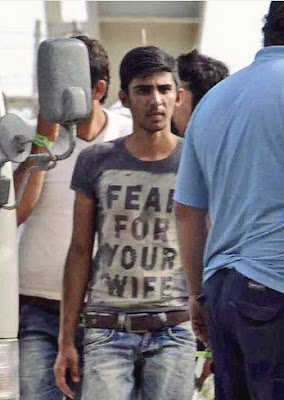 "Manuela Schwesig is a member of the German Child Protection League"

OMG why would anybody let this piece of filth anywhere near their children? How stupid and brain dead to not see what she is?

These female traitor pedophile demons have to be removed from office and women are going to have to lead the attack on this scum! 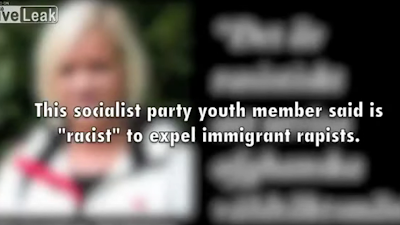