"When Supreme Court Justice Antonin Scalia died 11 days ago at a West Texas ranch, he was among high-ranking members of an exclusive fraternity for hunters called the International Order of St. Hubertus, an Austrian society that dates back to the 1600s." 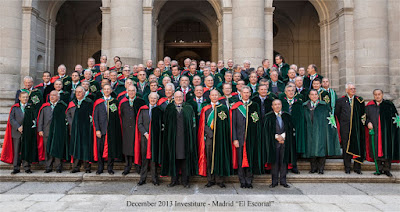 "Order of St. Hubertus" in the English Reduction system equals 81

"The Order’s name is in honor of Hubert, the patron saint of hunters and fishermen."

The International Order of Saint Hubertus was founded in 1695 by Count Franz Anton von Sporck in what was then the Kingdom of Bohemia, then territory of the Habsburg Empire, now the modern Czech Republic.

"The Order was a knightly order with an emphasis on hunting and activities related to the pursuit and management of game animals. In the Middle Ages and again with the revival of interest in the forms of chivalry in Europe, hunting was considered a basic preparation for warfare and was held among the highest activities a gentleman could pursue. In addition, Count von Sporck was also a prominent patron of music, having commissioned numerous Vivaldi operas and the four Bach minor Masses for performance at his private Opera House in Prague."
http://www.iosh-usa.com/about_us

Cibolo Creek Ranch owner John Poindexter and C. Allen Foster, a prominent Washington lawyer who traveled to the ranch with Scalia by private plane, hold leadership positions within the Order. It is unclear what, if any, official association Scalia had with the group. 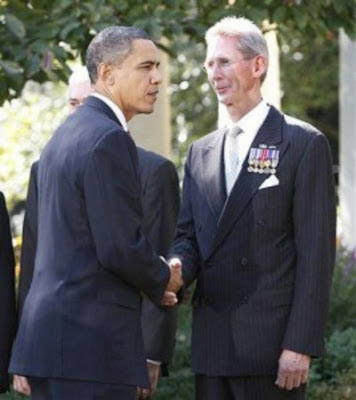 The group’s Grand Master is “His Imperial Highness Istvan von Habsburg-Lothringen, Archduke of Austria,” according to the Order’s website. The next gathering for “Ordensbrothers” and guests is an “investiture” March 10 in Charleston, S.C."

heriff Danny Dominguez confirmed that a photograph of Washington lawyer C. Allen Foster is the same man he interviewed at the ranch the day of Scalia’s death.