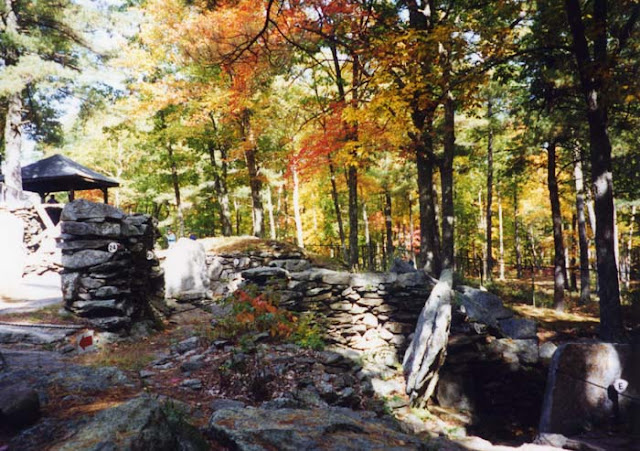 America's Stonehenge is an archaeological site consisting of a number of large rocks and stone structures scattered around roughly 30 acres (120,000 m2) within the town of Salem, New Hampshire in the United States. It is open to the public for a fee as part of a recreational area which includes snowshoe trails and an alpaca farm. It is a tourist attraction with particular appeal to believers in New Age systems.

A number of hypotheses exist as to the origin and purpose of the structures. One viewpoint is a mixture of land-use practices of local farmers in the 18th and 19th centuries and construction of structures by owner William Goodwin in the 1930s. Some claim that the site has a pre-Columbian European origin, but this is regarded as pseudoarchaeological or the result of an early-20th century hoax. Archaeologist David Starbuck has said that "it is widely believed that Goodwin may have 'created' much of what is visible at the site today".

The site was first dubbed Mystery Hill by William Goodwin, an insurance executive who purchased the area in 1937. This was the official name of the site until 1982, when it was renamed "America's Stonehenge", a term coined in a news article in the early 1960s. The rebranding was an effort to separate it from roadside oddity sites and to reinforce the idea that it is an ancient archaeological site. The area is named after Stonehenge in England, although there is no cultural connection between the two.