"On February 17, 2018, González gave an 11-minute speech in front of the Broward County Courthouse"

Then David Hogg gave a speech in NJ 11 days after the shooting.

February 25 is the 56th day of the year in the Gregorian calendar. There are 309 days remaining

Survivors David Hogg, Matthew Deitsch and Ryan Deitsch are among those who will attend the rally for gun legislation at the Temple B’nai Abraham in Livingston. The shooting mobilized students from around the country including in North Jersey to mobilize a walkout on March 14 for 17 minutes, one for every person killed in the massacre.
https://www.northjersey.com/story/news/new-jersey/2018/02/23/parkland-florida-shooting-survivors-speak-north-jersey-sunday-nj-rally-kids-gun-change-reform-laws/368264002/

The walkout will take place on Wednesday, March 14, at 10 a.m. local time, and last for 17 minutes to honor the lives of those killed at Stoneman Douglas.
https://www.cnn.com/2018/03/11/us/national-school-walkout-march-14/index.html

On PI Day! But they were upstaged by Stephen Hawkings death. 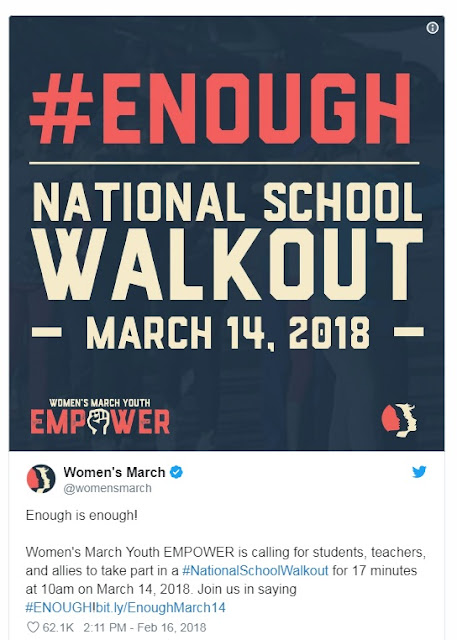