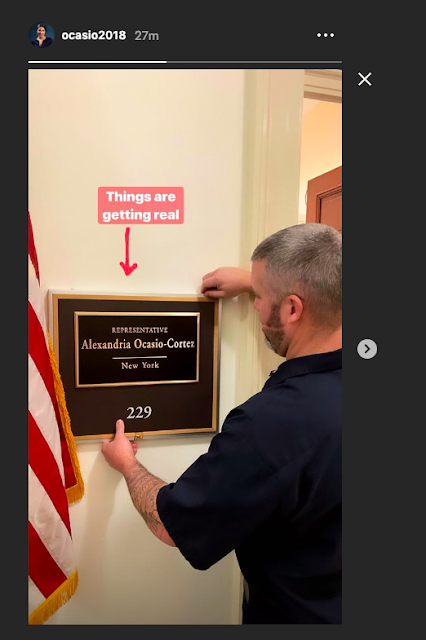 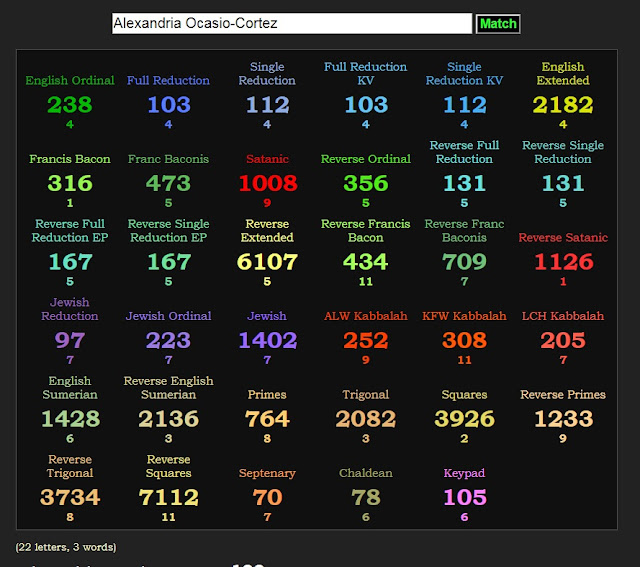 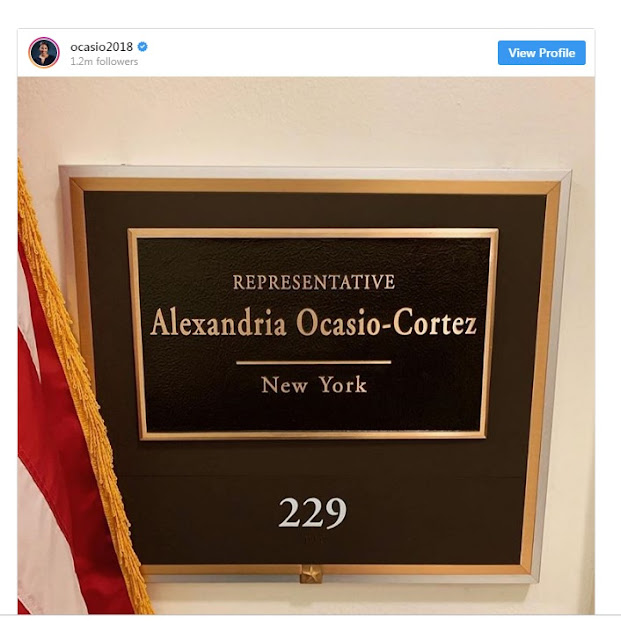 SHE WAS BORN ON FRIDAY THE THIRTEENTH!
Star of David in Spanish....
estrella de David" = 888 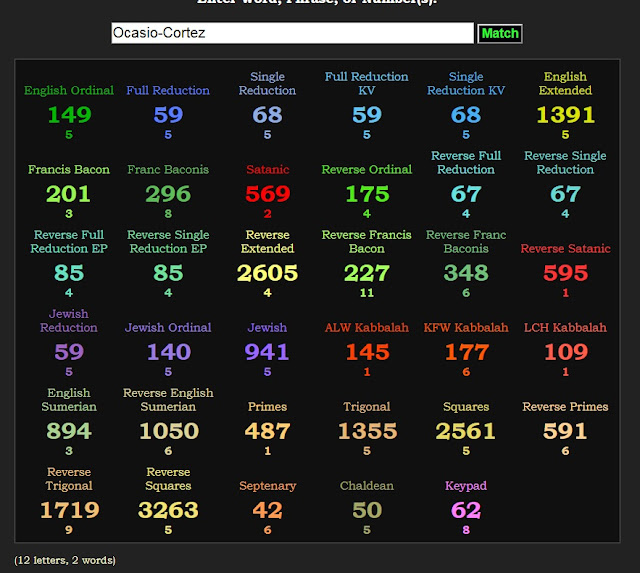 Alexandria Ocasio-Cortez Just Hung Her Office Plaque, And Things Are Getting Real

“All for the Bronx and Queens,” she wrote on Instagram on Thursday.

Rep.-elect Alexandria Ocasio-Cortez seems pretty excited to start her term on Jan. 3 and shared an endearing moment to mark the start of her journey.

On Thursday she posted on her Instagram an image of her new Capitol office plaque, which reads, “Representative Alexandria Ocasio-Cortez.”

“Transition time. It’s the little things that make it feel real. All for the Bronx and Queens,” she wrote in the caption.

This year she became a progressive sensation when she unseated longtime Rep. Joe Crowley in the Democratic primary for New York’s 14th Congressional District. At 29, the Bronx-born Ocasio-Cortez will be the youngest woman in history to serve in the U.S. Congress.

Her new plaque also made an appearance in her Instagram story, with the caption, “Things are getting real.” Spoken like a true millennial.

Congresswoman-elect Alexandria Ocasio-Cortez on Thursday reached back into the early 2000s musical archives, tweeting a reference to a 16-year-old hit from pop icon Jennifer Lopez.

Ocasio-Cortez, a 29-year-old rising star in the Democratic Party and Boston University alum, posted a photo of the new plaque outside her congressional office that bears the rookie lawmaker’s name and home state of New York, where she pulled off a stunning primary upset en route to a general election victory in November.

“Don’t be fooled by the plaques that we got,” Ocasio-Cortez wrote above the photo of the plaque. “I’m still / I’m still Alex from the Bronx.” 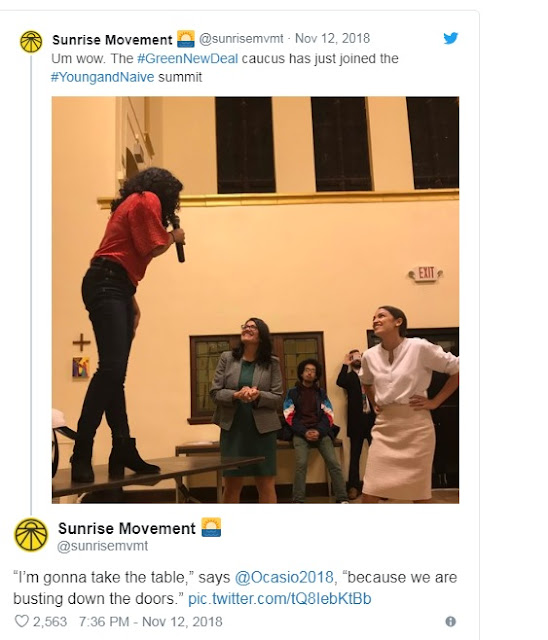 PROTESTERS WITH THE environmental group Sunrise marched on Democratic leader Nancy Pelosi’s office on Tuesday. The group, made up of young people pushing for urgent action on climate change, planned to send a clear message to party leadership just one week after Democrats regained control of the House.

But this was no ordinary protest for the Sunrise activists, who typically stand on the opposite side of politicians. This time, they were joined by Rep.-elect Alexandria Ocasio-Cortez, who is just weeks away from being sworn into office.

Rep.-elect Rashida Tlaib of Michigan joined the protesters in a rally at the Spirit of Justice Park near the Capitol on Tuesday morning, but she did not continue on to Pelosi’s office. “This is the most American thing you can do,” Tlaib said of the protest. Ocasio-Cortez and Tlaib also attended an event with the Sunrise activists on Monday night.

Pelosi and Ocasio-Cortez have had an uneasy public relationship. Pelosi was quick to dismiss the implications of Ocasio-Cortez’s June upset over Crowley, who’d been in office for 14 years. “They made a choice in one district,” she said of the voters who propelled Ocasio-Cortez, a democratic socialist, to victory. “So, let’s not get yourself carried away as an expert on demographics and the rest of that. … We have an array of genders, generations, geography and … opinion, in our caucus, and we’re very proud of that.” 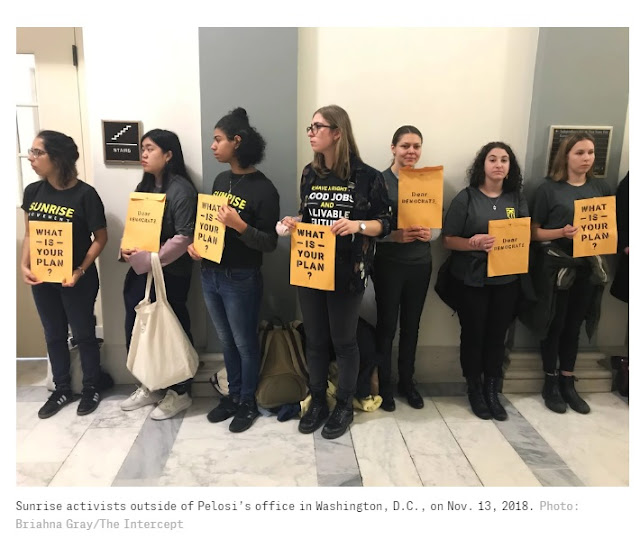