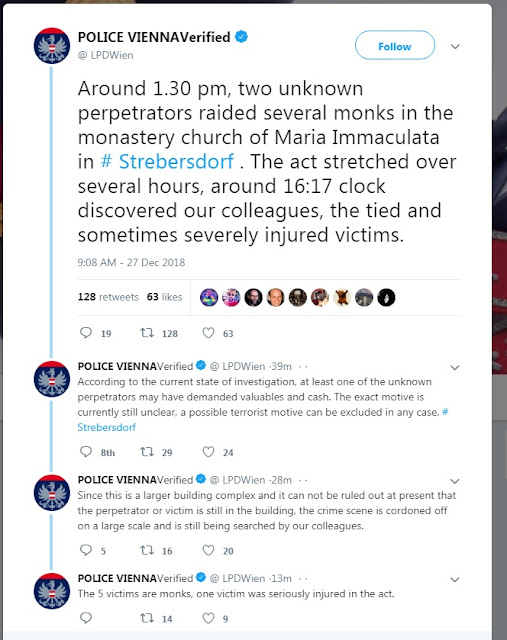 BERLIN — Austrian police say that five monks have been assaulted at a Vienna church by two people, at least one of whom apparently demanded money and valuables.

Police said the assault happened at about 1:30 p.m. (1230 GMT; 7:30 a.m. EST) Thursday at a complex in the city’s Floridsdorf district. Police found the monks tied up, one of them seriously injured, nearly three hours later.

Police wrote on Twitter that, while the precise motive remains unclear, “a possible terror motive can be ruled out” in the incident at the Maria Immaculata church.

Officers were searching for the perpetrators, including in the convent where the incident took place. 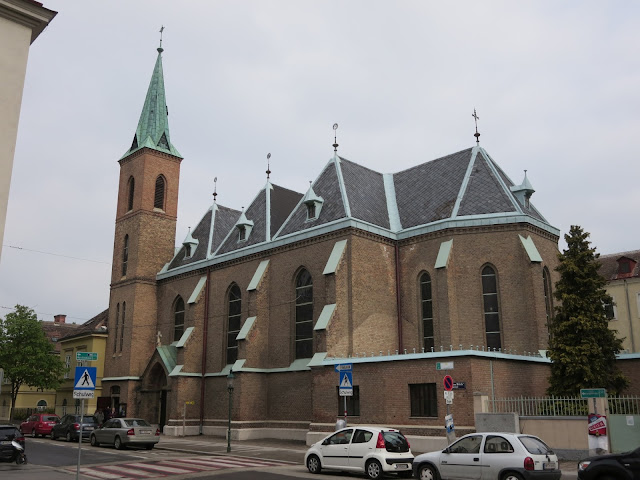 December 27 is the 361st day of the year in the Gregorian calendar. There are four days remaining