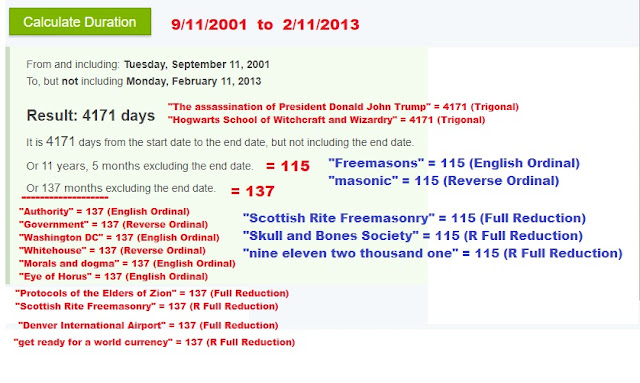 February 11. February 11 is the 42nd day of the year in the Gregorian calendar. There are 323 days remaining until the end of the year.

1. POPE BENEDICT XVI SAYS HE IS STEPPING DOWN
The Vatican confirmed on Monday that Pope Benedict XVI will step down on Feb. 28, a very rare occurrence in the history of the Roman Catholic Church. "The last pope to resign was Pope Gregory XII in 1415," says Paul Owen at Britain's The Guardian. And the news of Pope Benedict's departure "seems to have come as a complete surprise to everyone," including prelates in the church. According to The Guardian's Lizzy Davies, the Catholic Church will be without a pope from Feb. 28 until the cardinals elect a replacement. In a letter to the faithful, the 85-year-old Pope said that his "strength of mind and body" had deteriorated in the last few months "to the extent that I have had to recognize my incapacity to adequately fulfill the ministry entrusted to me." [The Week]
………………………………………………………………………………

2. MUMFORD & SONS, FUN., AMONG TOP GRAMMY WINNERS
The British roots music band Mumford & Sons took the top honor at Sunday's Grammy Awards for their album Babel. "We figured we weren't going to win because The Black Keys have been sweeping up all day — and deservedly so," Mumford & Sons front man Marcus Mumford said as he and his band members collected the award from last year's winner, R&B-soul singer Adele, at the Staples Center in Los Angeles. Other top honors went to young acts including indie trio Fun., electronic pop artist Gotye, rapper-R&B singer Frank Ocean and rock group The Black Keys. In a first, this year's Grammy Awards — the 55th — finally embraced songs and videos people listened to via YouTube and other internet outlets, rather than purchasing them. [Los Angeles Times]

660 BC – Traditional date for the foundation of Japan by Emperor Jimmu.
AD 55 – Tiberius Claudius Caesar Britannicus, heir to the Roman emperorship, dies under mysterious circumstances in Rome. This clears the way for Nero to become Emperor.
1534 – Henry VIII of England is recognized as supreme head of the Church of England.
1790 – The Religious Society of Friends, also known as Quakers, petitions U.S. Congress for the abolition of slavery.
1794 – First session of United States Senate opens to the public.
1826 – University College London is founded as University of London.
1861 – American Civil War: The United States House of Representatives unanimously passes a resolution guaranteeing noninterference with slavery in any state.
1858 A French girl, Bernadette Soubirous, claimed to have seen a vision of the Virgin Mary near Lourdes.
1929 Italy recognized the independence and sovereignty of Vatican City.
1937 A sit-down strike against General Motors ended with the company agreeing to recognize the United Automobile Workers Union.
1943 – World War II: General Dwight D. Eisenhower is selected to command the allied armies in Europe.
1945 President Franklin D. Roosevelt, British Prime Minister Winston Churchill and Soviet leader Josef Stalin wrapped up a conference at Yalta in the Crimea by signing a series of agreements on the governance of post-World War II Europe.
1953 – Cold War: U.S. President Dwight D. Eisenhower denies all appeals for clemency for Julius and Ethel Rosenberg.
1953 – The Soviet Union breaks off diplomatic relations with Israel.
1975 Margaret Thatcher became the first woman to head a major party in Britain when she was elected leader of opposition Conservative Party.
1979 – The Iranian Revolution establishes an Islamic theocracy under the leadership of Ayatollah Ruhollah Khomeini.
1990 – Nelson Mandela is released from Victor Verster Prison outside Cape Town, South Africa after 27 years as a political prisoner.
1990 – Buster Douglas, a 42:1 underdog, knocks out Mike Tyson in ten rounds at Tokyo to win boxing's world Heavyweight title.
1997 – Space Shuttle Discovery is launched on a mission to service the Hubble Space Telescope.
1999 – Pluto crosses Neptune's orbit, ending a nearly 20-year period (since 1979) when it was closer to the Sun than the gas giant; Pluto is not expected to interact with Neptune's orbit for another 228 years.
2006 – U.S. Vice President Dick Cheney shot Harry Whittington, a 78-year-old Texas attorney, while participating in a quail hunt on a ranch in Riviera, Texas.
2011 – Arab Spring: The first wave of the Egyptian revolution culminates in the resignation of Hosni Mubarak and the transfer of power to the Supreme Military Council after 18 days of protests.
2013 – The Vatican confirmed that Pope Benedict XVI would resign the papacy on 28 February 2013, as a result of his advanced age.
2014 – A military transport plane crashes in a mountainous area of Oum El Bouaghi Province in eastern Algeria, killing 77 people.
2018 – Saratov Airlines Flight 703 crashes near Moscow, Russia. All 71 people on board die.

1650 – René Descartes, French mathematician and philosopher
2012 Singer Whitney Houston was found dead in a hotel room in Beverly Hills, Calif., at age 48. (Her death was later ruled an accidental drowning, with heart disease and cocaine use as contributing factors.)