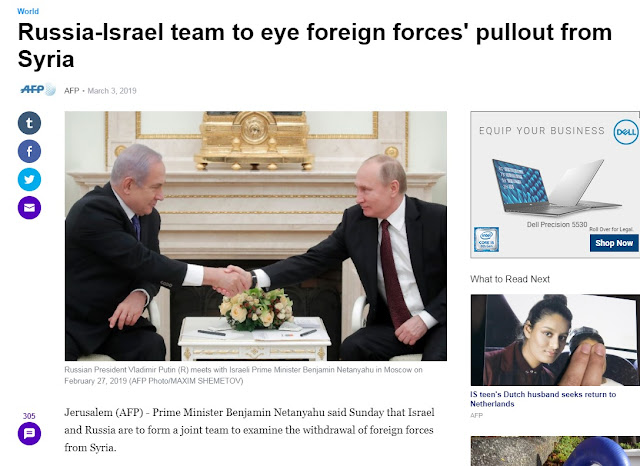 Jerusalem (AFP) - Prime Minister Benjamin Netanyahu said Sunday that Israel and Russia are to form a joint team to examine the withdrawal of foreign forces from Syria.

Israel is seeking the removal of Iranian forces and has vowed to keep its main enemy from entrenching itself militarily in the neighbouring country.

"President Putin and I also agreed on a common goal: the withdrawal of foreign forces that arrived in Syria after the outbreak of the civil war. We agreed to establish a joint team to advance this goal, together with other elements."