That is the day Israel will be 888 months old and Donald Trump will be 911 months old...

Rabbi Jonathan Cahn and his books... I think he may be right...
https://decodingsatan.blogspot.com/2019/02/rabbi-jonathan-cahn-and-his-books-i.html 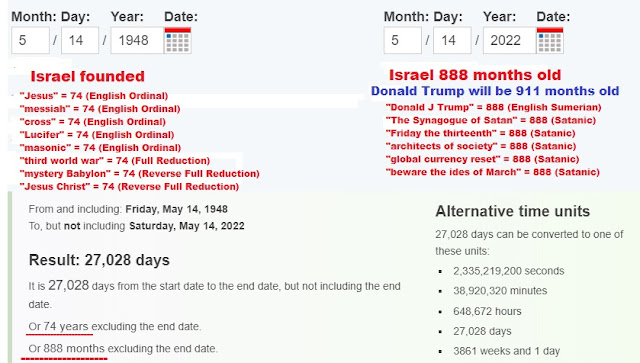