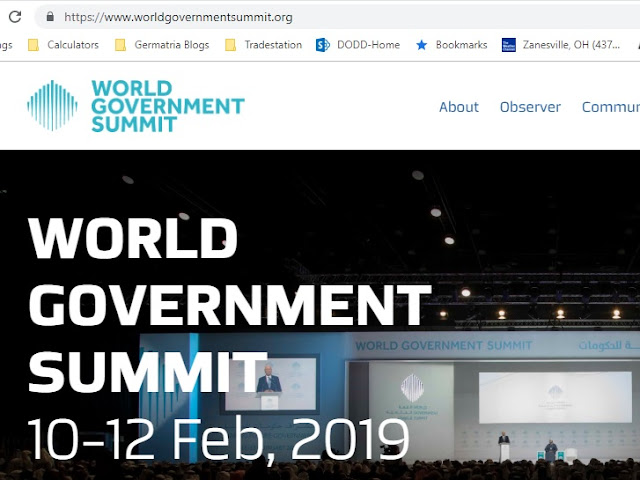 
As a young man, in January 1968, he was present when Sheikh Rashid and Sheikh Zayed first met in the desert between Dubai and Abu Dhabi at Argoub El Sedira to agree to the formation of a union of emirates following British notification of intent to withdraw from the Trucial States. When the new nation of the United Arab Emirates was founded on 2 December 1971, he became its first Minister of Defence.

A period of uncertainty and instability followed the Union of the United Arab Emirates, including skirmishes between tribes over property straddling new borders. On 24 January 1972, the exiled former ruler of the Emirate of Sharjah, Saqr bin Sultan Al Qasimi led an insurrectionist coup against the ruler, Khalid bin Mohammed Al Qasimi.

Top globalists are coming out of the closet. Thousands of leading globalists, communists, Islamists and others from around the world converged on the Arabian Peninsula this month for the World Government Summit. Their goal: promote technocratic globalism and plot the future of what they often call their “New World Order.” Senior officials from the United Nations, the World Bank, the International Monetary Fund, the European Union, Communist China, central banks, and even the Trump administration showed up to mingle with heads of state and advocates of Islamic Sharia law from across the region. Even Pope Francis delivered a message. As usual, despite top U.S. media outlets partnering with the summit, the establishment press in the United States largely failed to inform Americans about it.

News releases promoting the World Government Summit — yes, it is really called the World Government Summit — boasted that the event “is setting the agenda for the next generation of governments.” And one of the key goals of the summit was advancing the implementation of the UN Sustainable Development Goals (SDGs), often referred to as UN Agenda 2030. UN Deputy-Secretary General Amina Mohammed opened the summit by demanding that the radical UN scheme be implemented to avoid “life-threatening consequences for billions of people.” UN “High Commissioner for the 2030 Agenda” Cristina Gallach echoed the hysteria. And throughout the summit, more than a few speakers touted the controversial UN agenda as if it were the key to saving humanity from every problem under the sun.

The UN goals, as this magazine has documented, include national and global wealth redistribution, government control over the economy, globalist indoctrination of all children, surrendering more sovereignty to global institutions, and much more. They are essentially a “master plan for humanity,” as UN bosses put it, to build a global technocratic government that would dominate every facet of human existence. Unsurprisingly, the mass-murdering Communist dictatorship enslaving China boasted that it played a “crucial role” in developing the UN agenda. And dictators from around the world celebrated the plan as well. The World Government Summit formally launched its SDG's in Action @ WGS platform in 2016 in partnership with the UN, the World Bank, and other outfits.

And the line-up of speakers was universally supportive of the agenda. In an address delivered to the World Government Summit after signing a controversial agreement with a top Sunni Muslim imam, Pope Francis, a fervent advocate of UN Agenda 2030, offered his “best wishes” for the work of summit attendees. Urging cooperation to address the “problems of each person in the global village,” the pope called for more environmentalism while using leftist rhetoric to drive a wedge between “people” and “capital and economic interests.”

Pope Francis also specifically promoted sustainable development, which is the ideology underpinning the UN Agenda 2030 Sustainable Development Goals that seeks to limit the human population and fundamentally transform civilization under the guise of saving the planet. “We cannot really speak of sustainable development without solidarity,” he said, using a buzzword that, along with “fraternity,” has become a staple for the pope and has raised alarm even among Catholic scholars. “We could even say that the good, if it is not the common good, is not actually good....I hope that your efforts at the service of the common good may bear fruit.”

The pope's blessing of the World Government Summit was especially bizarre considering that in 2017, the event took place under the shadow of a replica of the Roman arch in front of the pagan Temple of Ba'al. The monument to the demonic idol, who is frequently referenced in the Bible, originally stood in Palmyra, Syria, a city known in the Bible as Tadmore. Among other concerns, this false pagan god demanded child sacrifices and other horrors that outraged the God of the Bible. While a number of replicas were planned, the very first was prominently displayed at the 2017 World Government Summit, attracting fierce criticism and deep concern among religious scholars — especially in light of the “World Government” motif. 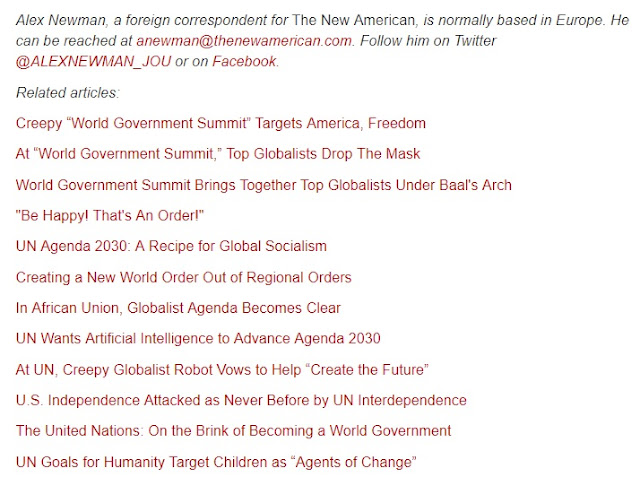