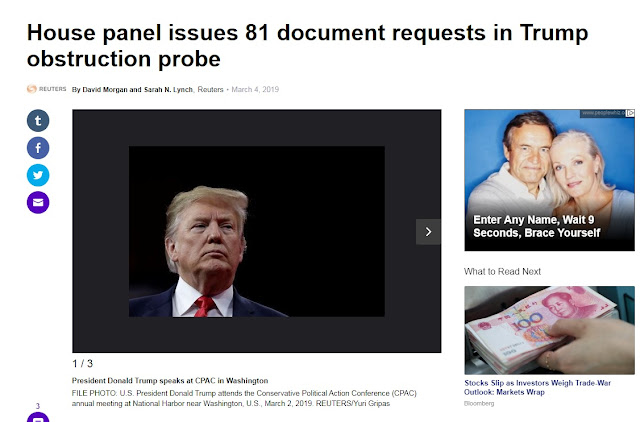 WASHINGTON (Reuters) - A U.S. congressional panel said on Monday that it has served document requests on 81 government agencies, entities and individuals as part of an investigation into alleged obstruction of justice and other abuses by President Donald Trump and others.