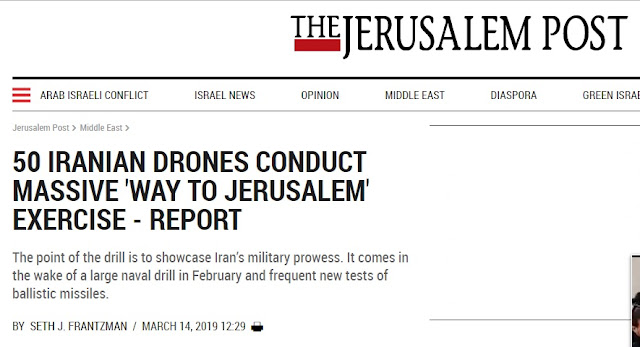 Iran’s Defense Ministry announced on Thursday that it had launched a massive exercise involving 50 drones that are based on a US Sentinel drone the Iranians captured in 2011. The Islamic Revolutionary Guard Corps said it was the strongest exercise of its kind to date.

Named “Beit al-Maqdis,” a reference to Jerusalem, the operation was attended by the commander of the IRGC, Hossein Salami, and IRGC Aerospace Force commander Amir Ali Hajizadeh. Fars News and Tasnim News both reported details of the operation, noting that, “for the first time, 50 Iranian drones on the RQ-170 [US Sentinel] model operated with a number of assault and combat drones."