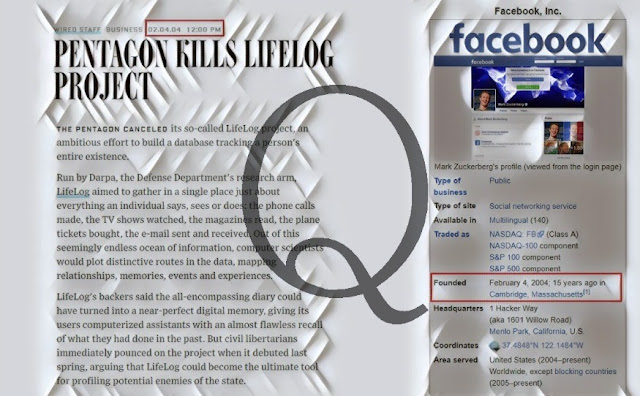 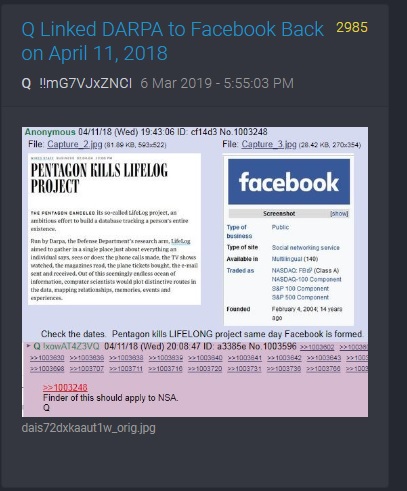 I can't take credit for this discovery as I found it on the qanon.pub site.

LifeLog was a program designed to collect every minute detail of a person's life. Facebook does just that to the extent people volunteer the information most of the time. Other times they collect information without consent.

I have long heard rumors, watched videos and read articles about the government being behind and engaged with Facebook. Maybe I should qualify it with the specific ongoing theme is that it was established in part by the CIA or as we are coming to understand, the deep state in general.

This may be a coincidence but if it is, it is a very thought provoking one with all that is coming out about Facebook spying, their AI mind control developments, and data sharing with candidates.

It's just a gut feeling more than information I can share as evidence for my belief that we will find Facebook, Google, Twitter, YouTube, LinkedIn, basically all of the giant data collectors, work together to push globalism partnered with our deep state and their globalist cohorts around the world.