The Dow Jones fell 777 points on Sept. 29, 2008, as members of the U.S. House of Representatives voted down a $700 billion bailout bill for banks that took excessive risks in the subprime mortgage market.

First day of Adar II the 13th month of the leap year.

It wasn’t easy, of course. The S&P 500 touched 666.79 during trading on March 6, 2009, down 57.7% from its then-intraday high of 1576.09 on Oct. 11, 2007. Investors were still grappling with the demise of Lehman Brothers and Bear Stearns, and wondering which victim the housing bubble would claim next. While March 6 marked the trading low, the S&P 500 wouldn’t have its closing low for another three days.

Whether you view the current bull market as being on its last legs or still having plenty of gas left, it’s clearly demonstrated its stamina. March 9 marks the 10th anniversary since the stock market sank to its financial crisis low point in 2009.

That decade-long run makes this the longest bull market in stock market history. It’s achieved that distinction by maintaining upward momentum without suffering a 20% decline or more from a market peak­­. That threshold of a 20% move in the S&P 500 Index is the point at which a bull market turns into a bear market, or vice versa, by the most common method for defining each type of market.

While this bull hasn’t been without setbacks and steep declines, its huge overall gains and the accompanying economic recovery have helped restore wealth lost in the financial crisis and lifted the value of some equity portfolios to more than quadruple their levels of March 2009. Here are 10 key things to know about this bull market as it turns 10.

1 Already a record breaker—The bull market didn’t need to reach 10 years of age to break the length record. It achieved that distinction on August 22, 2018, when its duration exceeded a bull market that ran from October 1990 until March 2000, when the tech bubble burst.

2 Near-death experience—This bull’s closest brush with an untimely demise came on December 24, 2018, when a three-month-long market decline sent the S&P 500 tumbling 19.8%. Two days later, stocks began a months-long rally, the bull stayed alive, and the bear went back into hibernation. (However, another major stock index, the NASDAQ Composite, did enter a bear market on December 24, as its decline from a recent peak exceeded 20.0%; it then proceeded to return to bull territory by rebounding more than 20.0% by mid-February.) 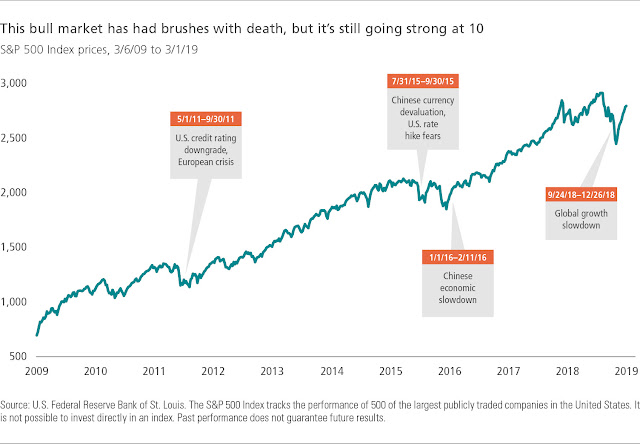 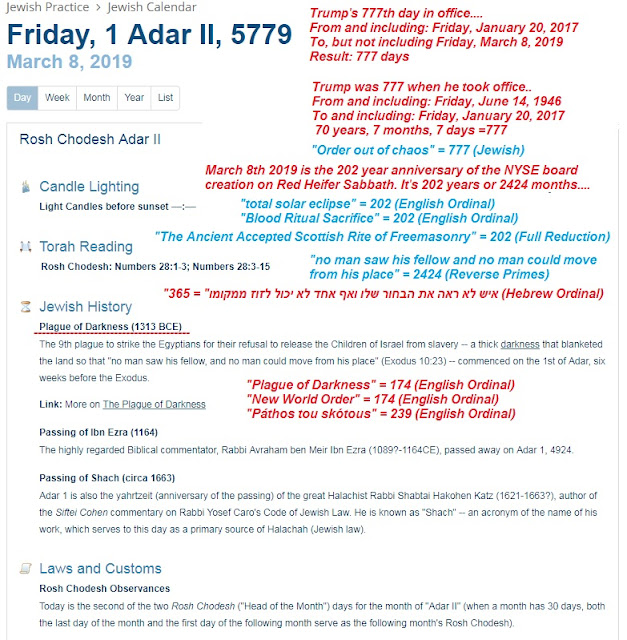