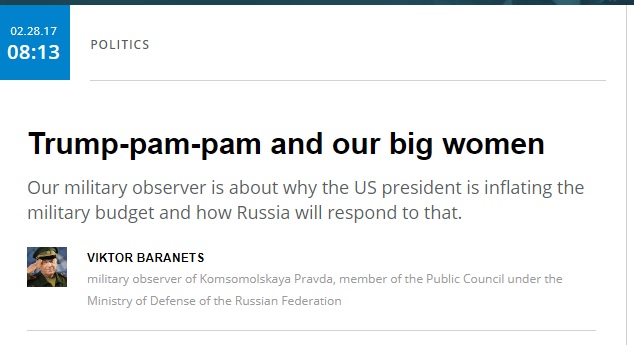 The former chief of the General Staff of the Russian Federation, General Yuri Baluyevsky, is convinced that “the idea of ​​increasing defense spending was prompted to the US military by Trump, who talk a lot about the power of the Russian army, realizing that this is an opportunity to receive new money.”

But how will Moscow react to the growing US military budget? Baluyevsky responds like this: “Russia will not compete with the United States in defense spending. We have different weight categories. For us, the question is how to ensure the defense of Russia at a lower cost. I am convinced: we have already found asymmetrical answers. I do not see a big problem. ”

What are these mysterious "asymmetrical answers" that our politicians and generals often talk about? Maybe it is a myth or just a beautiful phrase? No! Our asymmetrical response is nuclear warheads that maneuver in height and course so that no computer can calculate their trajectory. Or the Americans place their tanks, airplanes, special forces battalions near the borders with Russia. And we quietly “mine” the US coast with nuclear missiles — moles (they bury themselves and “sleep” before the combat team).

Oh, I think I got loose. Better hold your tongue.

In short, we do have something “asymmetrically” (and cheaper) to answer the Americans. 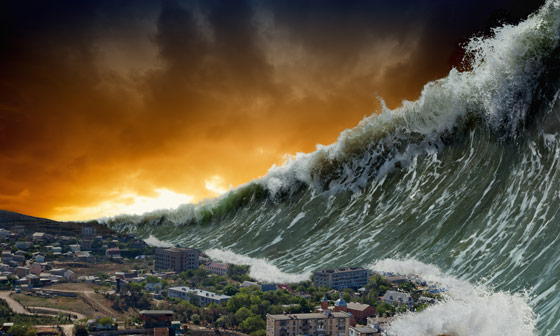 Russia Denies: No, We Did Not Plant Secret Nuclear Tsunami Bombs On U.S. Coast

Several weeks ago a Russian military expert named Viktor Baranet made headlines when he warned that Russia has planned an asymmetric response to any U.S. threat of war. That response, according to Baranet, included the deployment of “mole nukes,” a weapon that is supposedly buried several miles of the coast under the ocean floor. Should war ever break out between Russia and the United States, the bombs would be detonated with the goal of causing massive Tsunamis that would wipe out coastal cities.