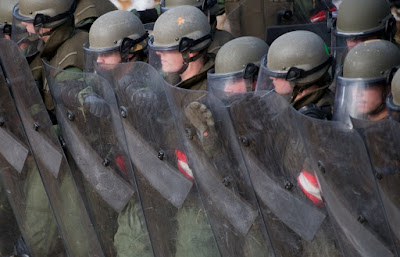 Wow the Austrian Prime Minister has had enough of Merkel's crap apparently! This was totally unexpected news!

MOSCOW, April 6. /TASS/. The Austrian armed forces are ready to cooperate with Russia, despite the warnings of other world powers, Chief of Defense Staff General of the Austrian Armed Forces Othmar Commenda said at a meeting with Chief of the Russian General Staff and First Deputy Defense Minister General Valery Gerasimov.

"Austria and Russia have a long history of mutual relations and, unfortunately, due to the developments in Europe in recent years we have had no possibility to invite Herr General [Gerasimov] to Austria. We are sorry for that. I hope very much that the situation will be improved with our help and your visit will take place in the following years," Commenda told Gerasimov.

According to him, only by joint efforts countries can settle the global problems. "Russia is much closer to Austria than the other great powers of our world. Thus we are ready within the scope of our possibilities to work together wherever it is reasonable," Commenda said.