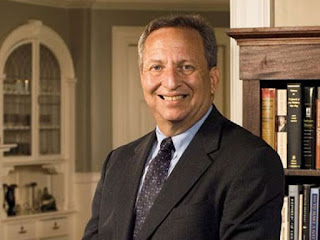 What’s behind the revolt against global integration?

The writer is a professor at and past president of Harvard University. He was treasury secretary from 1999 to 2001 and an economic adviser to President Obama from 2009 through 2010.


Don't ya love it when pinhead quackademics make stupid statements like this? They live in bubbles never seeing in person any of the diasters their stupid policies bring down on the country!

Since the end of World War II, a broad consensus in support of global economic integration as a force for peace and prosperity has been a pillar of the international order. From global trade agreements to the European Union project; from the work of the Bretton Woods institutions to the removal of pervasive capital controls; from the vast expansion in foreign direct investment to major increases in the flow of people across borders, the overall direction has been clear. Driven by domestic economic progress, by technologies such as containerized shipping and the Internet that promote integration, and by legislative changes within countries and international agreements between countries, the world has gotten smaller and more closely connected.

This broad program of global integration has been more successful than could reasonably have been hoped. We have not had a war between major powers. Global standards of living have risen faster than at any point in history. And material progress has coincided with even more rapid progress in combating hunger, empowering women, promoting literacy and extending life. A world that will have more smartphones than adults within a few years is a world in which more is possible for more people than ever before.

Only in quackademia would shipping 50 million jobs out of the country be considered a success!

If we ever get our country back out of the claws of these globalists, we need to hang them all for treason! Especially the quackademics! They should be strung up FIRST!