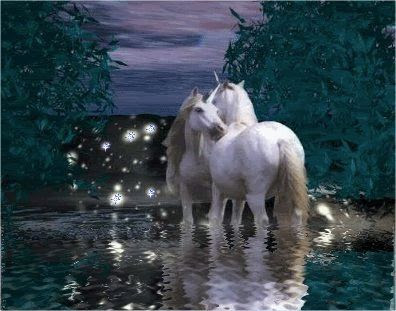 The unicorn didn't always represent evil. It's used to represent Christ BUT like everything that was once good the devil worshipers steal the symbol and make it bad!

Just like the rainbow the unicorn has been transformed into an evil symbol! It's not an accident that Satanists picked April ninth for Unicorn Day. The unicorn USED to represent Christ so they picked the date 4/9 which is 49 which is Anti Christ in small germatria! So they reversed the meaning like they always do! 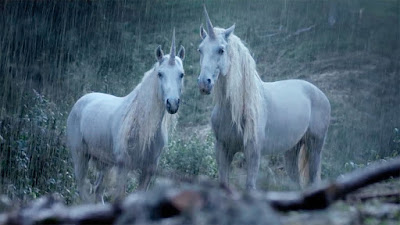 On twitter National Unicorn Day is going by the hashtag #UnicornMoment

The Beast Of Revelation in Simple Gematria Equals: 222 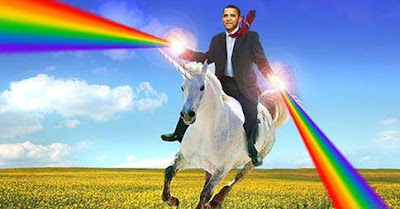 Since the reign of King Robert III of Scotland in the late 1300s, the Unicorn has been a part of that country's official emblem. When James VI of Scotland (19th June 1566-27th march 1625) became James I of both England and Scotland in 1603 upon the death of Elizabeth I (who died childless and, therefore, with no direct heir), he drew up a new royal coat-of-arms which included both the traditional English Lion and the Scottish Unicorn. The English Arms had used a variety of supporters throughout its history, but had most frequently featured the Lion. 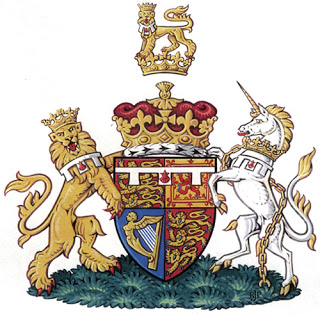 James I placed a Lion on the left of the new Arms and a Unicorn on the right. This was a potent show of symbolism, for the Lion and the Unicorn had long been regarded as deadly enemies, both being considered as King of the Beasts, the Unicorn ruling through harmony and the Lion through might. The newly instituted coat-of-arms came to represent reconciliation between the Scottish Unicorn and the English Lion that the two should share the rule. This is the official version of how the Unicorn became part of the English coat of arms; I will later examine the use of the Unicorn in more detail. What the ruling elite tell the masses, and the real meanings are rarely the same. 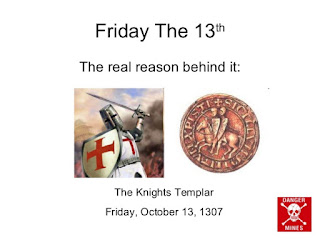 Scotland is of course the Freemason capital of the world, and the Scottish Rite Freemasonry was formed there reportedly in the 18th century. The Scottish Freemasons are believed to have formed from the Knights Templar that fled there in 1307.
It is too much of a coincidence that the Templars and Unicorns arrived in Scotland at the around same time! 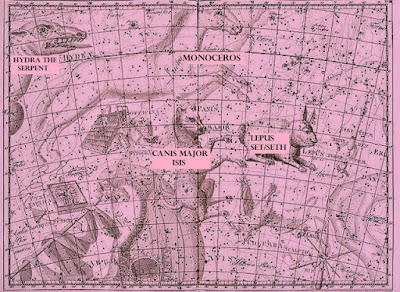 The left's hijacking of the rainbow and the unicorn can be seen in countless images they create!  They love to brag about Obama conquering the rainbow (God's promise) and the unicorn (Christ) Mocking God constantly but that doesn't change who the left is! They are the left hand path and they represent the dark, the Devil, the anti God and no amount of symbol switching will change who they are! It's a universal law that they are evil and that natural law is written in the stars forever! 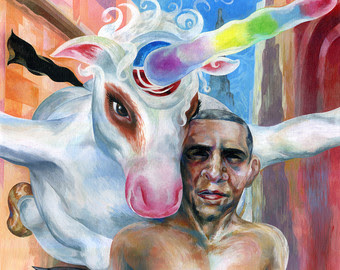