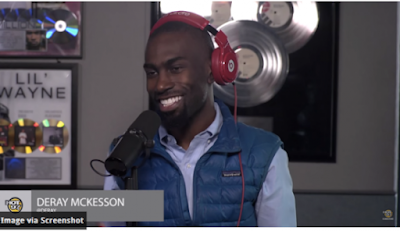 Prominent #BlackLivesMatter activist DeRay McKesson is running for mayor of Baltimore and seems to be pretty popular — Beyonce follows him on Twitter and he has been a guest on The Late Show with Stephen Colbert. It seems that the only people who don’t like McKesson are Baltimore voters.
The Baltimore Sun reported that McKesson is tied for last place in the city’s hotly contested Democratic primary.

Despite all his media attention, celebrity friends, and 317,000 Twitter followers, the #BlackLivesMatter activist is polling at less than one percent, according to the latest poll results.

When I first saw these poll numbers on Black Lives Matter superstar Deray McKesson I thought he was running on a third party ticket! That's pretty much the only way you can get poll numbers less than 1 % (Unless you're Lindsey Graham running for President of course) but he's running in the Democratic primary. lol

Not even black people like black lives matter which isn't surprising since a lot of them have been speaking out on youtube and places.  The media has created another FAKE narrative around BLM but this Mayor's election should put all the media whore lies to rest!

When black people have the chance to vote for black lives matter they don't period end of story!