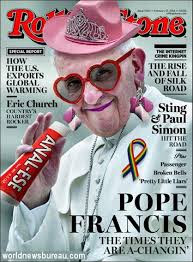 On Tuesday, the Vatican announced that the day had come. Vigano, the diminutive diplomat who aroused ire by setting up a secret meeting in Washington between the Pope and Kim Davis, the Kentucky clerk who has become a conservative Christian heroine for refusing to sign same-sex marriage certificates, is out.

Even before the Davis affair, American gay rights groups complained about Vigano. The Human Rights Campaign wrote a letter to the Pope in 2015, urging him to reign in his nuncio and prevent Vigano from speaking at a rally against same-sex marriage in front of the Supreme Court.