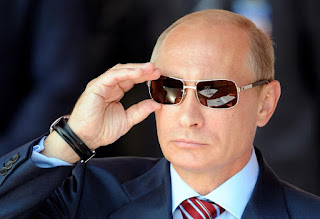 WikiLeaks said that the so-called Panama Papers leak that allegedly exposed offshore financial schemes was sponsored by the US. According to WikiLeaks, the leak is an information attack against Russia and more so, personally President Vladimir Putin.

Furthermore, WikiLeaks said that the leak was directly funded by Washington. This fact would undermine the integrity of the US government.

According to the official website, OCCRP is the registered name of the Journalism Development Network, a Maryland-based charitable organization. The project encompasses a number of centers and organizations in Eastern Europe and post-Soviet countries. The project has been supported by grants from the UN Democracy Fund (UNDEF), the USAID and the Open Society Foundations.

BTW Putin said he's going to release "interesting" documents from the Russian archive going back all the way to the 1930's. Now that's going to be fun!
Posted by JE Aggas at 8:46 AM