Man Who Popularized Term ‘Islamophobia’ Admits: ‘WE GOT ALMOST EVERYTHING WRONG’… 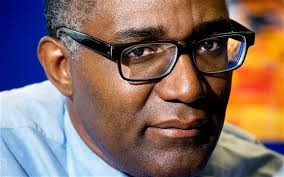 The former head of Britain’s Equalities and Human Rights Commission (EHRC), Trevor Phillips, has admitted he “got almost everything wrong” on Muslim immigration in a damning new report on integration, segregation, and how the followers of Islam are creating “nations within nations” in the West. 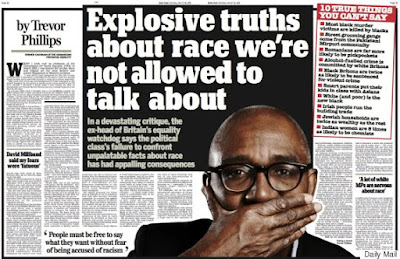 Phillips, a former elected member of the Labour Party who served as the Chairman of the EHRC from 2003-2012 will present “What British Muslims Really Think” on Channel 4 on Wednesday. An ICM poll released to the Times ahead of the broadcast reveals:

One in five Muslims in Britain never enter a non-Muslim house;

39 per cent of Muslims, male and female, say a woman should always obey her husband;

31 per cent of British Muslims support the right of a man to have more than one wife;

52 per cent of Muslims did not believe that homosexuality should be legal;

23 per cent of Muslims support the introduction of Sharia law rather than the laws laid down by parliament.


Writing in the Times on the issue, Phillips admits: “Liberal opinion in Britain has, for more than two decades, maintained that most Muslims are just like everyone else… Britain desperately wants to think of its Muslims as versions of the Great British Bake Off winner Nadiya Hussain, or the cheeky-chappie athlete Mo Farah. But thanks to the most detailed and comprehensive survey of British Muslim opinion yet conducted, we now know that just isn’t how it is.” 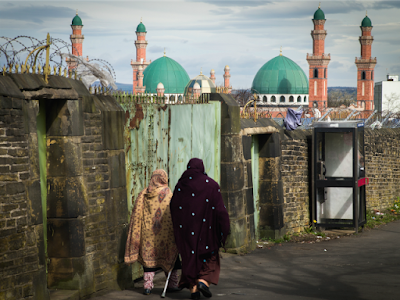