Canada May Ban Anti-Transgender Speech With 2 Years in Prison..PedoFiles 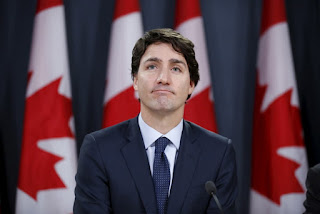 Canada's Liberal Party government led by Prime Minister Justin Trudeau has introduced a bill that would ban transgender discrimination, including both gender identity and gender expression, with up to two years in prison for violators.

The bill seeks to amend the Canadian Criminal Code to expand existing "hate speech" prohibitions to include any public speech or communication that "promotes hatred" on the basis of "gender identity" or "gender expression," and also the Canadian Human Rights Act, to cover transgender people.

They want us to shut up about them being pedophiles! It ain't gonna happen Trudeau!

All these pedo stories are getting filed under PedoFiles get it? lol Just put Pedofiles into the search and they'll all come up
Posted by JE Aggas at 4:29 PM