The blazes in New York City, as well as Melbourne and Sydney in Australia, caused only minor injuries, according to multiple reports. 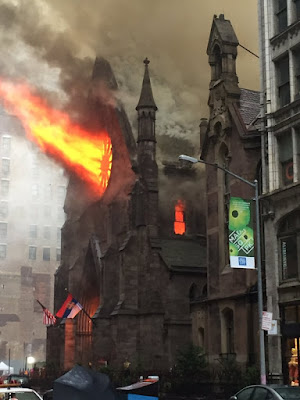 In Sydney, a large blaze destroyed the Macedonian Orthodox Church in the Rockdale neighborhood on Monday May 2nd. 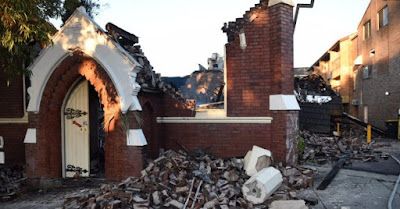 In Melbourne,on May 1st, the 115-year-old Holy Church of Annunciation, a Greek Orthodox church, was heavily damaged by a fire that was ultimately contained to the roof, reports The Guardian. 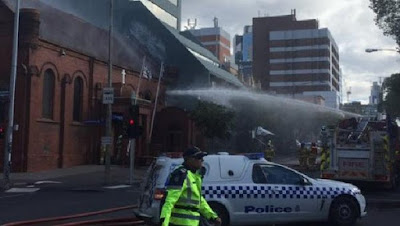 Link to article and videos

1And after these things I saw another angel come down from heaven, having great power; and the earth was lightened with his glory. 2And he cried mightily with a strong voice, saying, Babylon the great is fallen, is fallen, and is become the habitation of devils, and the hold of every foul spirit, and a cage of every unclean and hateful bird. 3For all nations have drunk of the wine of the wrath of her fornication, and the kings of the earth have committed fornication with her, and the merchants of the earth are waxed rich through the abundance of her delicacies.

Mark Of The Serpent in Simple Gematria Equals: 194

It became a member of the United Nations in 1993, but, as a result of an ongoing dispute with Greece over the use of the name Macedonia, was admitted under the provisional description the former Yugoslav Republic of Macedonia (abbreviated as FYROM), a term that is also used by international organizations such as the European Union, the Council of Europe and NATO.