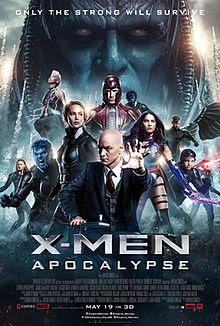 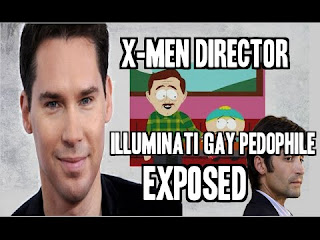 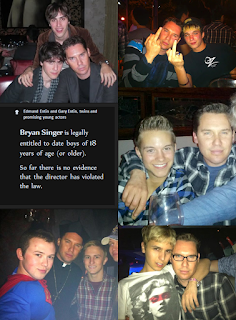 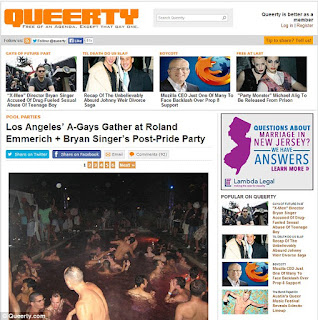 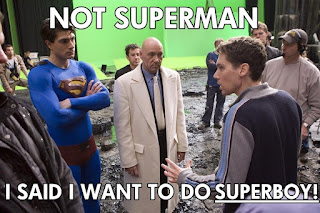 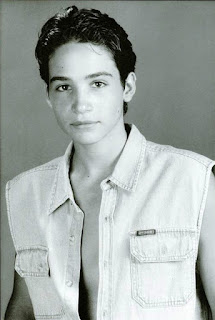 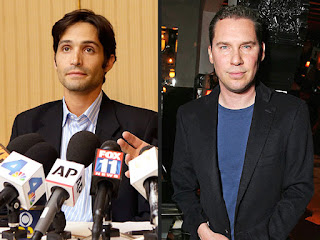 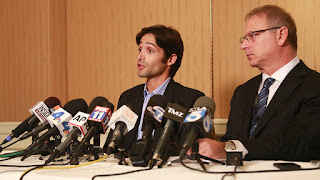 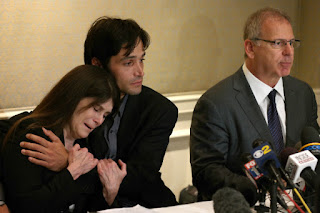 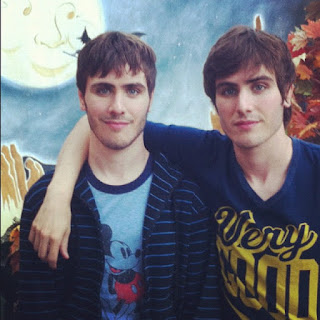 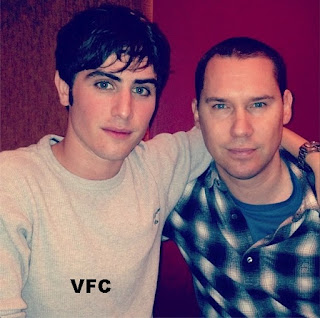 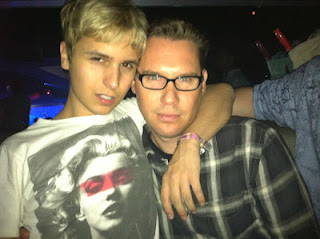 Most of you know there is little love lost between me and gay Hollywood… the gay establishment, our unelected leaders, our taste makers and moral guides… or lack of them.   From Chad Griffin (who now claims to be the Rosa Parks of marriage equality) at the HRC to the bullying tactics of gay mafia org Glaad I have made my voice heard and paid the price.

During the last year I have had death threats and put up with the gay rumor mill distorting facts about me.   So, today, old acquaintance Bryan Singer finds himself in my world… the shadowy world of innuendo, accusations, smears, allegations and (unlike me) the hard to remove stains of rape and pedophilia.

The gays are springing to his defense.  The boy was 17.  Old enough to know better.  Old enough to say no.  Well, as we all know, whether it is Jerry Sandusky or Bryan Singer power and prestige can be very alluring to a damaged soul and let’s face it… many young gays are very damaged.  It’s difficult to say no if you think saying yes will change… everything.

Dorian Gray was a damaged soul.  Just a boy.  Would he give in to love… or power and prestige?  We all know the answer.

I first met Bryan on Fire Island 20 years ago.  He stayed at our house with Brandon Boyce and some eager young twink.  Latterly I stayed with him in Hollywood, and we have kept friendly but distant ever since.  When I was arrested he (and his friends) delighted in my jail time* and made snide comments about me getting into trouble.  Their arrogance, like most sexually unmanageable people, was legion.

Today Bryan finds himself at the center of a roiling  sex scandal.  It is of his own making.  Everyone one knew… but no one said a word.  Young boys on his arm, on his set, at dinner with equally vile boy obsessed Hollywood grandees… the lamentable Adam Press, the teen dating Dustin Lance Black.

If you want to get on in Hollywood straight or gay… you better learn how to please the directors and producers you meet at drug fueled, drink sodden gay parties. 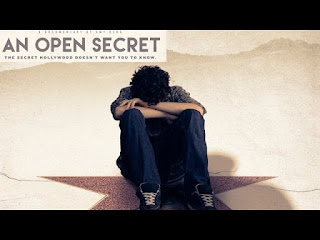 Of course, when someone cries foul, the gays think it is the victims ‘fault’.  They have played victim for so long.

Somebody suggested to me this morning that it was ‘homophobic’ of those accusing Bryan of rape.  No, it’s not homophobic to accuse someone of rape, it’s homophobic to forcibly sodomise someone.

Bryan’s close friends include Guy Shalem (Jane Lynch’s red carpet plus one), Transformers Producer Tom DeSanto and Teen Wolf director Toby Wilkins.  Finding themselves on private jets, at Elton John’s Oscar party and vast Hollywood mansions overlooking Los Angeles.  They are surrounded by a stable of beautiful young boys.  They are delighted to be included.  It’s always so much fun.  Bryan can make anything happen.  He has so many cool toys. 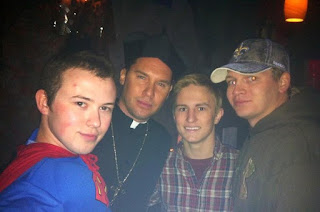 Amy Berg, the Oscar nominated documentary maker has been researching predators like Bryan for the past two years.  Her explosive documentary about sexual misconduct in Hollywood will blow the lid off  those who perpetrate these heinous sex crimes and those in power (sex therapists, law enforcement, prosecutors and the judiciary) who collude with wealthy pedophiles and rapists to keep their sex crimes secret.

This story is no longer just one lone victim brave enough to tell the truth about Bryan Singer. 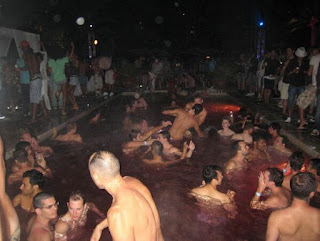 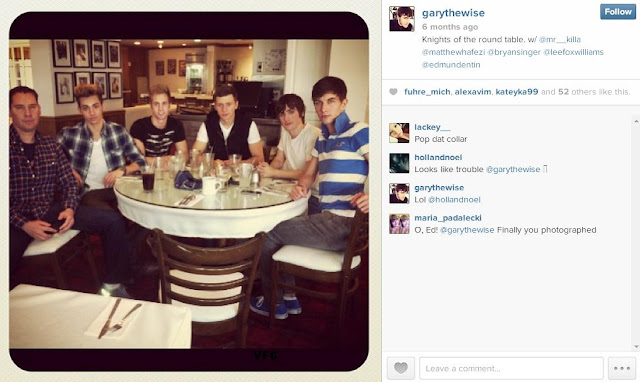 Everything they Built will fall and from the ashes of their world we'll build a better one. 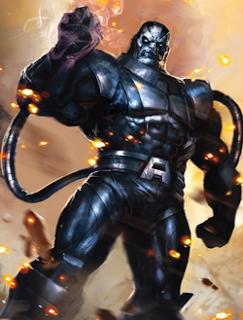 The psychic mutant En Sabah Nur, who rules ancient Egypt, is about to change his body in a ceremony to preserve his immortality. During the ceremony, he is betrayed by some of his worshippers, who try to kill him before the transferring is complete. His lieutenants, the Four Horsemen, manage to kill them and protect him until the transformation is complete, but end up dying during the task and Sabah Nur is entombed alive. In 1983, Sabah Nur is awakened when Moira MacTaggert discovers a cult worshipping him. Believing that, without his presence, humanity has lost its way, Sabah Nur decides to destroy the world and remake it in his image. He starts recruiting new Horsemen, beginning with Cairo pickpocket Ororo Munroe. 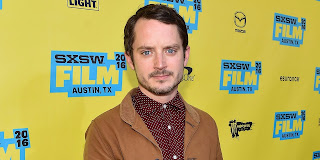 Hollywood is reeling as former child actor Elijah Wood has spoken out about the sexual predators chasing after children in show biz! The former child actor — who costarred with troubled Macaulay Culkin in 1993's "The Good Son" — is best known for his lead role in the "Lord of the Rings" trilogy. Now the 35-year-old actor is putting his career on the line by talking about the kind of pedophile passions that have been exposed in The National ENQUIRER! 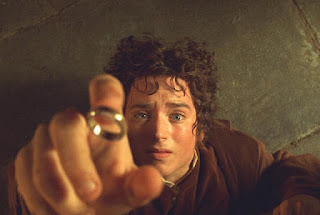 Actor Elijah Wood spoke out over the weekend on Hollywood’s “organized” band of pedophiles and their efforts to “prey” on children entering the industry.

“Clearly something major was going on in Hollywood. It was all organized. There are a lot of vipers in this industry, people who only have their own interests in mind,” the “Lord of the Rings” star told the U.K.’s Sunday Times.

Mr. Wood, 35, has worked in Hollywood since the late 1980s. He starred in “The Adventures of Huck Finn” in 1993 and eventually was cast as Frodo in the “Lord of the Rings” blockbuster trilogy.

“There is darkness in the underbelly,” the actor continued. “What bums me about these situations is that the victims can’t speak as loudly as the people in power. That’s the tragedy of attempting to reveal what is happening to innocent people: they can be squashed, but their lives have been irreparably damaged.”

Mr. Wood’s allegations give further credence to the claims of actor Corey Feldman, who has said for years that he and fellow actor Corey Haim were both abused during their rise to stardom in the 1980s. 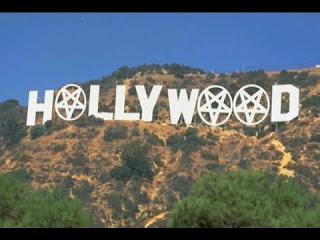 If you're going to this movie Friday you are funding the pedophile network in Hollywood that is raping children every day! The reason they are protected is because they are rich and powerful. Thanks to you movie goers who are making sure it stays that way by refusing to wake up and see Hollywood for what it really is, a demonic city filled with human filth! Human filth that preys on children!

If you don't know this then wake up! If you do know this and go anyway do the world a favor and choke to death on your popcorn!
Posted by JE Aggas at 9:10 AM