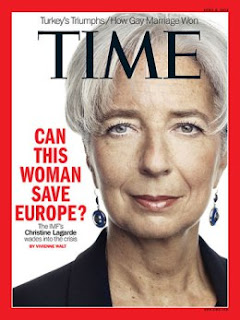 The head of the United Nations’ International Monetary Fund, Christine Lagarde, is facing charges in France for embezzlement. If found guilty, she could go to prison for ten years.

IMF head charged with embezzlement: Just another day at the UN 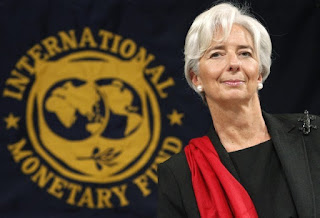 Lagarde was born in Paris, France, into a family of academics. Her father, Robert Lallouette, was a Professor of English; her mother, Nicole, was a Latin, Greek and French literature teacher.

On 3 August 2011, a French court ordered an investigation into Lagarde's role in a €403 million arbitration deal in favour of businessman Bernard Tapie. On 20 March 2013, Lagarde's apartment in Paris was raided by French police as part of the investigation.[66] On 24 May 2013, after two days of questioning at the Court of Justice of the Republic (CJR), Lagarde was assigned the status of "assisted witness", meaning that she was not herself under investigation in the affair. According to a press report from June 2013, Lagarde has been described by Stéphane Richard, the CEO of France Telecom (a former aide to Lagarde when she was Finance Minister), who has himself been put under formal investigation in the case, as having been fully briefed before approving the arbitration process which benefitted Bernard Tapie. Subsequently in August 2014 the CJR announced that it had formally approved a negligence investigation into Lagarde's role in the arbitration of the Tapie case. On 17 December 2015, the CJR ordered Lagarde to stand trial before it for alleged negligence in handling the Tapie arbitration approval.

I Am Woman - Helen Reddy (with lyrics)