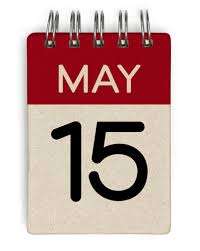 May 15 is the 136th in leap years) in the Gregorian calendar. There are 230 days remaining until the end of the year.

A palindrome is a number that reads the same forward or backward. 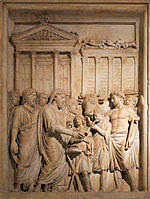 The name Abaddon appears in Revelation 9:11: “They had as king over them the angel of the Abyss, whose name in Hebrew is Abaddon, and in Greek, Apollyon.”
http://www.gotquestions.org/Abaddon-Apollyon.html

The rituals of the Argei were archaic religious observances in ancient Rome that took place on March 16 and March 17, and again on May 14 or May 15. By the time of Augustus, the meaning of these rituals had become obscure even to those who practiced them. For the May rites, a procession of pontiffs, Vestals, and praetors made its way around a circuit of 27 stations (sacella or sacraria), where at each they retrieved a figure fashioned into human form from rush, reed, and straw. After all the stations were visited, the procession moved to the Pons Sublicius, the oldest known bridge in Rome, where the gathered figures were tossed into the Tiber River.