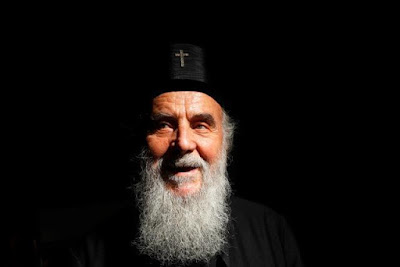 In a statement for the Belgrade-based weekly Nedeljnik, he stressed that "anything can be suspected - including that the fires were started on purposes and were not accidental" - but advised against "jumping to conclusions before the truth has been determined."

"It is strange that four of our (Orthodox Christian) churches burned at the same time on three different continents. It's all symptomatic. We still don't know if it is some kind of warning, and what kind. And whether someone set them on fire in an organized way," the patriarch said.

The New York Post on Monday reported about Orthodox believers' fears that "a coordinated attack on their religion" had taken place, quoting Serbia's former ambassador to France and historian, Dusan Batakovic, as liking the fires with the Stepinac case.

An important story on Catholic-Orthodox relations is playing out on the margins of the public discourse of most of the West, as it is being followed primarily by those with a special interest in the history of the former Yugoslavia (in this case, of Croatia and Serbia).

It is the question of the canonization of Blessed Cardinal Aloysius Viktor Stepinac (1898-1960), the Croatian Catholic Archbishop of Zagreb from 1937 until his death in 1960. These years included the rule of the Croatian Ustaše over the State of Croatia from 1941 to 1945, during World War II.

The story is important because Pope Francis, at the request of the Serbian Orthodox, has created a commission to study the life and work of Stepinac, in order to come to a better mutual understanding of Stepinac’s words and actions.